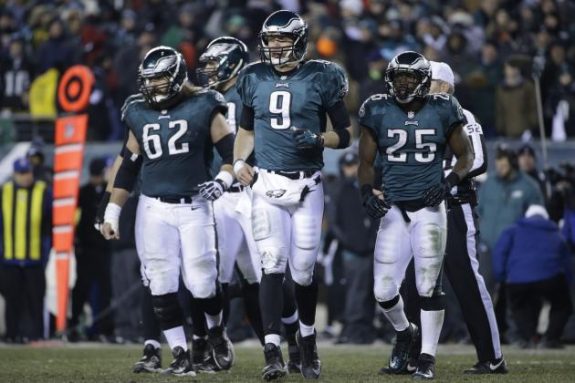 Today we look at the NFC East predictions – The Beasts of the East. The NFC East division has been touted as one of, if not the toughest division in football. There is plenty of talent to go around.

The Dallas Cowboys have one of the most talented offenses in the NFL. They also ranked in the bottom five in total defense last season.They have no choice but to improve on defense this season. They must find a replacement for injured star linebacker Sean Lee and outside linebacker Demarcus Ware who is now in Denver.

The New York Giants struggled badly last season losing the first six games. Eli Manning will be looking to bounce back as well as wide receiver Victor Cruz. The defense will be looking to rebuild the defense line with veteran Justin Tuck in Oakland. Veteran safety Antrell Rolle will be counted on to stabilize the secondary.

The Washington Redskins had a horrible season last year. The team must adjust to a new coach who is a former offensive coordinator – Jay Gruden.  Robert Griffin III will be looking to rebound and is under pressure from backup quarterback Kirk Cousins. Deep threat DeSean Jackson was added in the off season. Long time middle linebacker London Fletcher has retired. Deangleo Hall will need to be a shut down corner to stabilize a secondary that struggled last season.

Chip Kelly displayed a Philadelphia offense that looks highly competitive for the 2014 NFL season.  While the Giants continue to have struggles, Eli Manning is still a more reliable, resilient quarterback than Tony Romo in Dallas.  RGIII has his hands full and regardless of how much I like the kid’s style, the knee injury took a lot out of him. I anticipate the Redskins falter with little offense and defense star-power and Cousins takes over before mid-season.