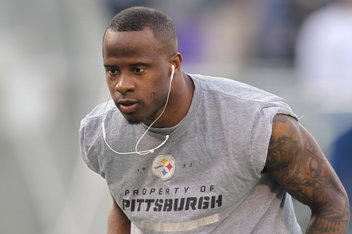 In his Tuesday press conference, head coach Mike Tomlin outlined what players suffered injuries in Sunday’s game against the Indianapolis Colts aand the team’s plans for players on the injury report previously – as to progress.

Ryan Shazier – The rookie linebacker continues to work into full playing condition with limited snaps and will share time with Sean Spence and Vince Williams.  Don’t be surprised if Williams gets the ‘start’ on Sunday.

Shamarko Thomas – The rookie safety has been working out with the team while nursing a bad hamstring.  Coach Tomlin indicated that Thomas is healthy enough to play on Sunday against the Ravens.

Ross Ventrone – As Thomas’ replacement, Ventrone injured his hamstring in the game against the Colts and will likely spend this week rehabbing.

Marcus Gilbert – Having passed the concussion protocol, Gilbert will get the start over Mike Adams if ready.

Steve McLendon – Giving his shoulder a chance to rest, McLendon is potentially available for Sunday but will be monitored through this week’s practice.

Ike Taylor – The veteran cornerback is moving along nicely after having forearm surgery, and will likely see limited practice time again this week.

The Steelers will practice onWednesday, Thursday and Friday ahead of their Week Nine game against the Baltimore Ravens at Heinz Field.