Steelers vs Titans: Five Things To Watch For in Week 11 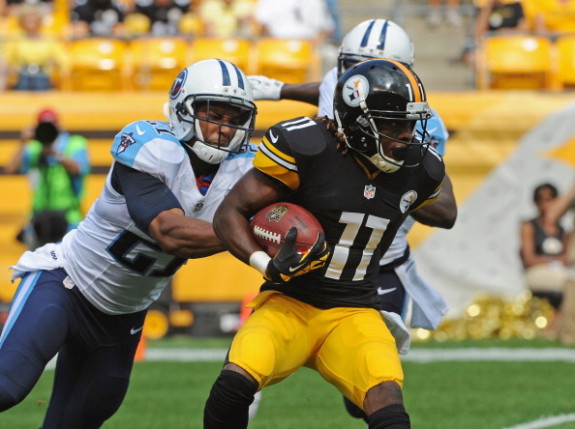 Steelers vs Titans: FIve Things To Watch For In Week 11

This Monday night the Pittsburgh Steelers and Tennessee Titians will face off in a game that has become a little more important than expected this season. In this game both teams have multiple young players that they will be counted on to win the game. From big plays to not turning the ball over, every play in this game will be important.

2. Coach Mike Tomlin vs Ken Whisenhunt
Both of these coaches coached against each other in the biggest football game of all, the Super Bowl. Whisenhunt has a way of bringing the best out of quarterbacks. His track record backs that up with Ben Roethlisberger, Phillip Rivers and Kurt Warner, just to name a few. Tomlin, on the other hand, has kept many critics off his back lately with a recent three-game winning streak before losing to the New York Jets last Sunday. It will be key for both coaches to see who can motivate their respective teams the best and which coach will instruct efficiently during situational time.

3. Can Ben Roethlisberger get back on track?
Last week Roethlisberger struggled against the New York Jets. With multiple interceptions, bad play calling, and lack of execution, Roethlisberger never really got on a roll. With Roethisberger passing for 12 touchdowns the previous two games, he can expect Titans to blitz five or more rushers on a consistent basis. Roethlisberger will be counted on to get on track in this game for the Steelers to have a chance at winning.

Bryant made a name for himself on Monday night only three weeks ago versus the Houston Texans; when he caught his first touchdown pass in the NFL. Since then he has caught a touchdown pass in every game. Clearly, Bryant has been a deep threat and this Monday night he will be counted on to be a deep threat once again. With better play calling more passes should be coming his way

5. Which team will start off faster?
There is a saying, ‘It’s not how you start it is how you finish’, but in most of the games this season that the Steelers have won, they have built up a decent lead in the first half. This Monday night, whichever team starts fast will then be able to call plays they want to control the rest of the game. If that happens it will be interesting to see if the losing team begins to stray away from their own game plan and be able to adjust.