Why Isn’t More Blame On LeBeau for the Awful Steelers Defense? 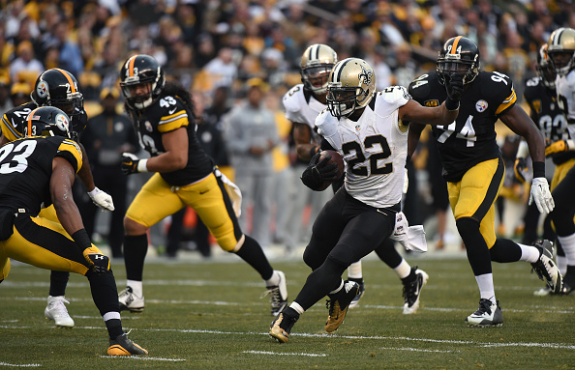 For the last two years, Steelers fans have nearly every Sunday gone out on a full scale mission to let it be known that they want the head of offensive coordinator Todd Haley on a stick.

Haley it seems can’t do anything right – even this season with the team putting up 26.6 points per game, fans still have the same hashtag on Twitter week after week – #FireHaley.

While all the hate for Haley is going on, there seems to be a free pass given to the coaches on the other side of the ball – the defense.

You know, that stellar Steelers D that has allowed 24.8 points per game, 4th worst in the AFC (trailing only the 2-10 Jaguars, Titans and 1-11 Raiders, who allowed 52 points Sunday to the Rams).

The same defense that allowed the inept Titans to score 24, 20 to the offensively awful Jets, and then 35 to a 4-7 Saints team that were 1-4 on the road entering Sunday.

Yet never a word seems to be spoken about the defensive coaching staff.

Don’t get me wrong, I think Dick LeBeau has been fantastic for the most part in his second tenure with the franchise, in 10 seasons with the club he’s lead the franchise to the best defense in the league on more than one occasion.

Now though at 77 years old and with a defense that looks more like Swiss cheese every week, maybe it’s time to finally start looking forward to a future without the Hall of Famer.

It’s a defense filled with high draft picks, and players that are making quite a bit of money to try and stop opposing offenses,
yet can’t seem to get the job done.

They gave CB Cortez Allen a huge deal right before the season, yet after letting T.Y. Hilton run all over him in the win over the Colts about a month ago, he’s had a hard time staying on the field.

Two key vets, Troy Polamalu and Ike Taylor, returned to the lineup Sunday, yet both looked old and slow in the loss to Drew Brees and the Saints.

Taylor especially had a rough day, allowing a killer 69-yard TD to Kenny Stills on a 3rd-and-10 play after the Steelers climbed within 8 at 21-13.

“When you play inconsistently, that’s what happens,” Taylor said after the loss.

“Starting with myself. Put it this way, [with] a future Hall of Famer quarterback like Drew Brees, man, you have to be on your P’s and Q’s. Like I was saying earlier during the week, he’s the captain of that team, and it showed today. If he sees something, he’s going to hit it. He doesn’t miss a lot.”

Missed tackles, big plays, and gaping holes for running back Mark Ingram set the tone for this latest loss, another setback that while the offense wasn’t good – the defense was downright awful.

This defense is maybe not as bad as the 1988 team that allowed 26.3 points per game (franchise record 421 points in a 16 game season), but it’s maybe the worst this team has run out in since that season.

Which again is inexcusable considering the amount of high picks and big-time money that is floating around the 11 guys and even a few that are on the bench.

The blame has to fall somewhere. If fans are going to scream and yell about Todd Haley and his offense week in and week out – isn’t it time to do the same about LeBeau?

Five Takeaways Following the Steelers Loss to the Saints
Can The Steelers Offense Turn It Around?