Steelers vs Bengals: The Match-ups That Will Decide The Champions 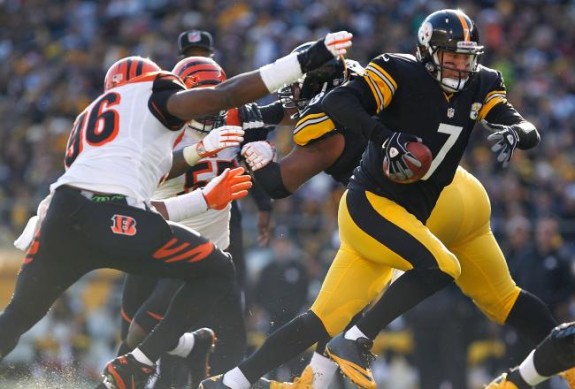 Sunday night’s Steelers vs Bengals week 17 game, which has been moved to prime time (NBC), will have several key match-ups to determine whether the Cincinnati Bengals or Pittsburgh Steelers are AFC North divisional champions. From special teams, offense, and defense; certain players must win their positional battle.

Bryant has seven touchdowns this season and clearly is the Steelers best deep threat. The Bengals defense is ranked 22th in the league. When Bryant catches a pass of 30 yards or more the Steelers are 4-1.

It’s clear when Ben Roethlisberger has time to throw, he lights up defenses. The Bengals have inside and outside pass rushers such as Carlos Dunlap, Wallace Gilberry, Geno Atkins, and Robert Geathers. Last time they met, the Steelers put up 42 points. If the offensive line protects Roethlisberger and blocks well in the run game, the results could be similar.