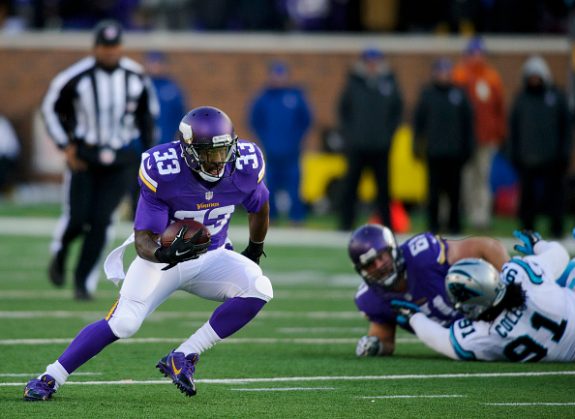 The Steelers have no clue as of yet if they will have the services of running back Le’Veon Bell on Saturday vs the Ravens, and are making backup plans just in case.

While Josh Harris and rookie Dri Archer will be in the game plan, the team is working out veteran running back Ben Tate today, a solid plan if Bell can’t go.

Tate started the year with the Browns, and the team released him after he was a reported cancer in the locker room, saying at one point that he mislead into believing he would be the feature back for Cleveland this season.

Tate, after being released, went to the Vikings, but quickly fell out of favor there as well. In 11 games in 2014, Tate ran for 371 yards on 119 carries with four scores.

The Steelers have already dealt with one cancer in their locker room as far as running backs go, as the team signed free agent back LeGarrette Blount, but they let him go the same day Tate was let go in Cleveland.