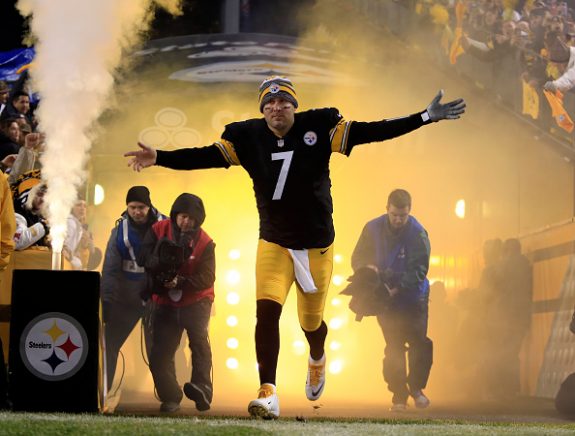 He wants to stay – the team wants him to stay.

So what’s the problem?

For the Steelers and QB Ben Roethlisberger, it seems like the two sides would not have much of an issue coming up with a new deal. He’s coming off a season in which he was better than ever, throwing for 4,952 yards, leading the NFL.

He’s at the end of his deal at the end of 2015, and there’s already Steelers fans that are starting to sweat about their franchise QB leaving after the year.

At the end of the day, there’s no way it should happen.

“I felt great all year [on his contract situation],” Roethlisberger said Tuesday on 93.7 The Fan in Pittsburgh. “Hopefully it’s sooner rather than later.”

Mike Tomlin said in his year end presser that there’s good and bad about signing a ready to move on without player before his deal is up, but he can’t possibly be ready to see his QB leave, more so with no backup plan in place.

While it’s going to be nerve wracking till it gets done, Ben and the Steelers need to and should get a deal done quickly, not only keeping him with the team for the remainder of his career, but also helping out the teams cap number for 2015.

At 33 years old, Big Ben has plenty of good football left in him. My bet is he stays with the Steelers, wraps up what will be a Hall of Fame career, and drives off in the sunset with one more ring to his name.