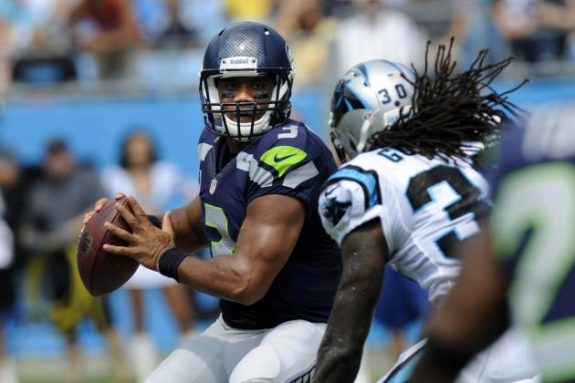 It’ll be a dark NFL weekend with the thought that it should be the Steelers playing in Denver Sunday afternoon instead of the Colts, and of course also the Ravens remain alive after their win over Pittsburgh, earning a shot at the #1 seed New England Patriots.

Today with four games this weekend, we take a look at each, and pick the winners, who we think we will see in action for the AFC and NFC Championship games next weekend.

These two teams know each other very well, having played three times over the last five years in the postseason. The Ravens have won twice in New England, so just like them playing in Pittsburgh, they are not intimated by playing on the road. Joe Flacco again had that postseason magic, and he will need it against the number one seeded Patriots, who have had a week off to sit at home and rest up. Look for the Pats passing game to play well Saturday, as Brady should get protection and time to throw downfield, something Ben Roethlisberger didn’t get enough of Saturday. I can see this being a shootout, and while the Ravens have that road playoff magic, it’s hard to see the Pats making the same mistakes of the Steelers, turning the ball over and not being able to protect Brady, and for that I think New England moves on.

While the first game Saturday should be a high scoring affair, this one could go just the other way, as both teams have a solid defense and points should be tough to come by. The Seahawks have the obvious advantage, having the bye week and also playing a team that didn’t have a winning record. The Panthers should not be taken lightly, while they struggled at times against the Cardinals last week, they will raise their game this week, giving Seattle all they can handle – for a half. Having to play the week before, I think the Panthers will run out of gas, make a couple sloppy mistakes in the second half, and Marshawn Lynch should have his way running the ball in the last 18-20 minutes, making all the difference.

Aaron Rodgers has the most watched calf muscle in the country, as the Packers QB is hoping that his calf will be as good as it can be when they take on the Cowboys at Lambeau Field for the right to go to the NFC Title Game. The weather won’t be like it was during the ‘Ice Bowl,’ but it will be cold, and that could give the Packers an advantage. Tony Romo has been excellent for the most part over the last 5-6 weeks, but the Pack pass rush and secondary will challenge him. The Packers run D has allowed 80 yards a game over the last three games, improving dramatically, and should be able to keep DeMarco Murray in check. Rodgers will test that Cowboys secondary, as Green Bay wideouts Jordy Nelson and Randall Cobb rank first in the league in receiving touchdowns (25), second in combined receiving yards (2,806) and fourth in total receptions (189). Rodgers’ calf could be a problem, but with those two wide outs and Eddie Lacy to hand off to will be enough to advance in a close game.

Many are wondering if something is wrong with Peyton Manning, who just hasn’t been as explosive as he was even a year ago. Denver coaches maintain he’s just fine, and now that it’s the postseason, it will be interesting to see if he can regain the form he was on during the playoffs last year. If the Colts are going to win, they will need to play well and not make mistakes, they can’t afford to turn the ball over, and when they get in the Broncos red zone, they need touchdowns. Andrew Luck will have a tough task against the good Broncos corners, and he will need help from the run game, led by Dan Herron. Denver’s best shot is to let Manning loose, and let him go downfield to his favorite WR in Demaryius Thomas, and also don’t forget about TE Julius Thomas. Luck has to beat the Denver pass rush if they are going to win, and I think at the end of the day – he will and the Broncos will again get upset in the divisional round.

Roethlisberger Says He Would Like to Get Drama Over a New Deal Over With
LaCanfora on LeBeau’s Departure: “Something Wasn’t Quite Right”