LaCanfora on LeBeau’s Departure: “Something Wasn’t Quite Right” 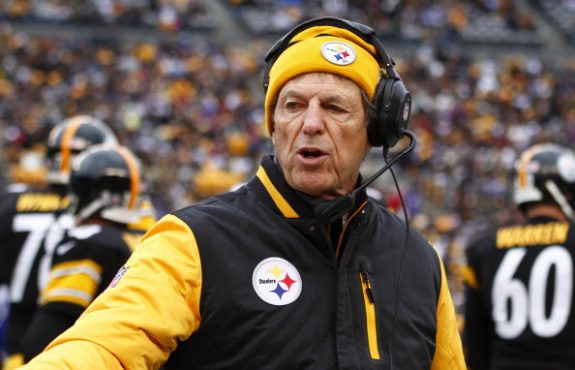 There’s still plenty of questions about the departure of Steelers popular DC Dick LeBeau, and today Jason LaCanfora from CBS writes about those questions, and what to make of the situation.

I can’t help but wonder a little bit about Dick LeBeau’s departure from Pittsburgh. I mean, nothing lasts forever and all of that, and the man had a tremendous run there. But color me mildly suspicious that he’s leaving now, at a time when he is so clearly not leaving coaching entirely.

Coach Bill Cowher raised a great point on THE NFL TODAY this afternoon, noting how for LeBeau, coming back to that team with guys like Troy Polamalu and Brett Keisel and James Harrison and Ike Taylor all gone would be a huge change, and maybe there is something fitting about those guys all leaving Pittsburgh essentially together.

But I also wonder if things were totally cozy between LeBeau and head coach Mike Tomlin. The larger reality is that now this is more Tomlin’s staff than ever. The numerous coaches he inherited from Cowher are almost now all gone and you can only keep telling Steelers esteemed linebackers coach Keith Butler he is the defensive coordinator in waiting for so long. You have to actually give him the opportunity at some point.

Just something about the tone and the wording of LeBeau’s departure, to his hometown paper, struck me as a little odd and that something wasn’t quite right. Regardless, Pittsburgh is going to need an improvement on that side of the ball and for a bevy of its recent draft picks to make major strides. We’ll see if a younger voice in Butler helps aid that cause.

Do you agree that it came down to being a power struggle between Tomlin and LeBeau? Or was it the right time to make a move with Butler waiting in the wings?

Picking the NFL Divisional Round Playoff Games
Video: Why Did LeBeau and the Steelers Part Ways?