Rebuilding Defense Should be Steelers Priority for 2015 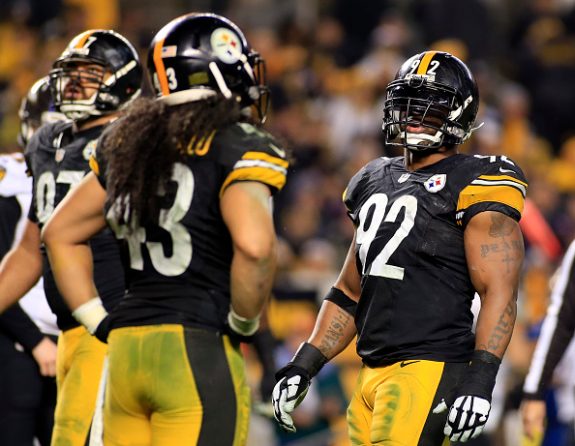 Dick LeBeau is gone. Let’s get that out of the way right off the bat. The nature of his exit may have raised more questions than it answered, but new defensive coordinator Keith Butler has inherited plenty of black-and-gold question marks as the Steelers put playoff disappointment behind them and focus on the mountain of offseason work that lies ahead.

Butler is taking over a Steelers defense that spent the 2014 season vacillating between overmatched and adequate. Sure, there were flashes of brilliance in the form of William Gay’s trio of pick-sixes and…give me a second…seriously, I can come up with something else. Nope. Nevermind. The rest of the season on the defensive side of the ball is a blur of late-hit penalties, cornerbacks getting burned on double-moves and a pass rush that can be described as inconsistent…on a good day. Instead, old age and injuries regularly exposed a unit that’s supposed to serve as the backbone of the franchise.

Butler’s promotion seems to indicate that the Steelers will remain loyal – at least primarily – to the 3-4 front. With so many sub packages employed by opposing offenses from one play to the next – not to mention the pass-happy, video-game league the NFL has become – base defense is a somewhat outmoded concept. LeBeau’s resignation initially caused some hand-wringing among the more fickle members of Steeler Nation – myself included – that a transition to the 4-3 and the Tampa 2 zone scheme was imminent.

With the Steelers D coming off a season filled with such pedestrian statistics (18th overall in team defense, 27th against the pass), a drastic change in approach would be unwise. Instead, the weak spots must be shored up. Those who are too old and/or ineffective to help the team in 2015 should be sent packing. The players who remain – along with those added in this spring’s draft – will be charged with the daunting task of restoring the Steel Curtain to its former glory.

Video: Why Did LeBeau and the Steelers Part Ways?
Mitchell, Allen need to rebound in a big way