Does it make sense for Steelers to go safety first? 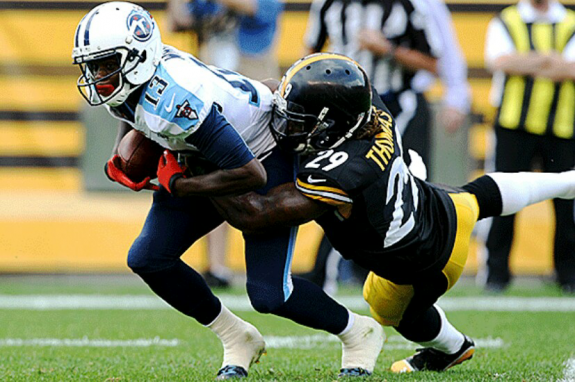 When it’s finally time for the Steelers to make their first-round pick in this spring’s NFL Draft, conventional wisdom (i.e. the thousands of words on this website and others that have been dedicated to 2015 draft analysis) would indicate that the team will go in one of three directions at pick No. 22 – cornerback, outside linebacker or defensive tackle.

This particular conundrum is the gridiron equivalent of the chicken and the egg. Get a big-name pass-rusher or a defensive tackle who can collapse the middle of the offensive line and the secondary won’t have to cover as long. Or grab a shutdown corner to help cover the fact that the pass rush isn’t doing the job.

Personally, I wish there were more safeties with first-round grades this year so the Steelers could make a splash with a player who is adept at both pass coverage and supporting the run. Assuming Mike Mitchell is better than he was in 2014 (he couldn’t be much worse) and that Troy Polamalu will either retire or return in a reduced role, that leaves aging Will Allen, unproven and often-injured Shamarko Thomas and special-teamers Robert Golden and Ross Ventrone as the other safety options on the roster.

There’s a chance Alabama’s Landon Collins will be available when the Steelers are on the clock in Round 1, but if he’s off the board, the Steelers might as well wait to zero in on a safety to add to the mix heading into 2015. While Collins does have a first-round pedigree in most measurable categories, this year’s safety class is deeper in the later rounds, so there’s value to be had by waiting to target a safety.

As an SEC guy myself, Collins is an intriguing prospect. No matter your opinion on Nick Saban’s personality or coaching style, there’s no disputing that he’s a winner. And he produces winners. That means Collins knows how to prepare and how to win at the highest level of college football. Collins has been described an aggressive, tempo-setting player who is at his best when he’s attacking ball carriers. Sounds pretty good to me.

The only knock on Collins seems to be his hands. He dropped a few easy interceptions during his college career, but for a fan base that has watched Ike Taylor do just that for more than a decade, I don’t think Collins’ problems squeezing the football would be reason enough to pass on him in the draft if he’s on the board.

The Steelers struck gold when they drafted Polamalu in the first round back in 2003. At this point, nobody knows whether Collins has what it takes to impact the Steelers’ defensive backfield like Polamalu did in his prime. If Collins does end up donning the black and gold, it will be fun to watch him try.