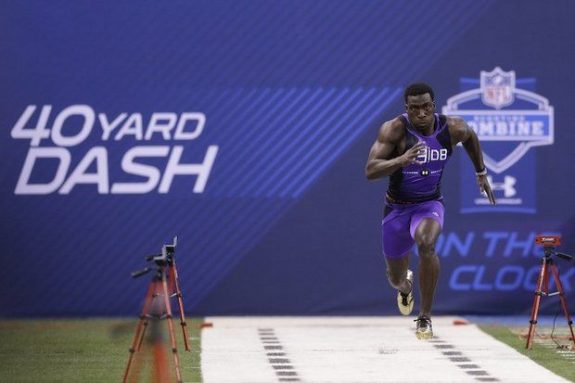 The NFL Draft is getting closer, with the event being held this year in Chicago starting on Thursday, April 30th through Sunday May 2nd.

The Steelers are starting to talk to potential fits for their team with players they may look to pick in the draft, and had sit downs with four players who the team may look at later this month for the franchise.

University of Virginia OLB/DE Eli Harold is one player that came in, a player who could be a potential pick for the Steelers with their first-round pick – 22nd overall.

Also coming in the talk to the black and gold was Auburn tight end C.J. Uzomah. There’s been chatter about the eventual replacement for Heath Miller, and Uzomah may be that guy.

Uzoma had a huge pro day at the University of Auburn. Weighing in at 262 pounds, Uzomah ran the 40 in 4.63, faster than all but one tight end ran in Indianapolis at the combine.

His broad jump, 9-foot-10, would have placed fourth, and both his bench press and vertical would have been ninth.

Utah defensive end Nate Orchard talked to the team as well. DE is a spot the Steelers are always looking to add to, and Orchard could be a fit on the second day of the draft.

Finally the club spoke with Ole Miss cornerback Senquez Golson, another position of need for the club.