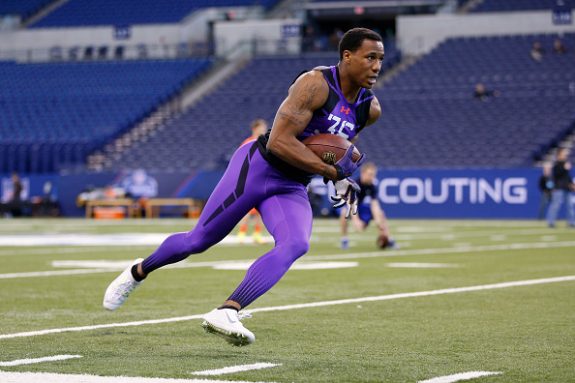 Three more players made visits to the Steelers on Thursday, one being Washington cornerback Marcus Peters, who is a first-round talent but brings issues with him.

Peters had multiple run-ins with the Washington coaching staff last season ultimately led to his dismissal from the team.

He’s a risk, but a risk with a lot of upside, which is why the Steelers are doing their homework talking to him, and it wouldn’t be a shock to see them sit with him a few more times if they are serious about taking him.

Two other players that came in and sat with the team today were Stanford cornerback Alex Carter and Virginia linebacker Max Valles.

Carter is widely projected as a second- or third-round pick. He is the son of former Washington Redskins cornerback Tom Carter.

Although somewhat underrated, he is a prospect with the opportunity to move up draft boards throughout the process, possibly even into the early second round.

The Steelers must have a liking of the Univ of Virgina, as Valles is the second outside linebacker prospect from Virginia to visit the Steelers in as many days.

While some associate Valles as a raw prospect, he believes the best is yet to come.

“I’m only going to get better,” Valles said. “I still haven’t really grown to my full potential. I feel like my ceiling’s very high. I’m definitely going to get much better.”