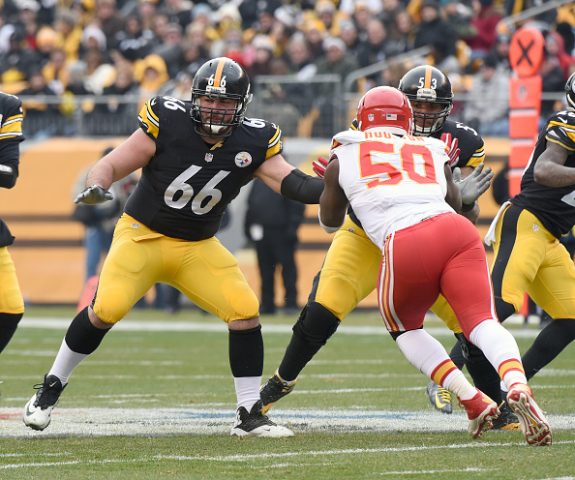 The Steelers today picked up the fifth year option on guard David DeCastro. It’s a move that will keep the 24th overall pick in the 2012 draft with the Steelers through 2017.

DeCastro becomes the third 2012 first-rounder to have his option picked up, joining Chargers outside linebacker Melvin Ingram and Colts quarterback Andrew Luck.

This was a no-brainer for the black and gold, as the guard has been solid since his first-year knee injury. DeCastro has started 31 games over the last two seasons and played every snap in 2014.

How good is He? ProFootballFocus.com graded DeCastro out as the 18th most effective guard in football among 78 qualifying candidates in 2014.

This move will give the Steelers a lot of time to get a long term deal done, and will keep DeCastro on a line that the team needs to keep improving if the club is going to make a run at a seventh Super Bowl.