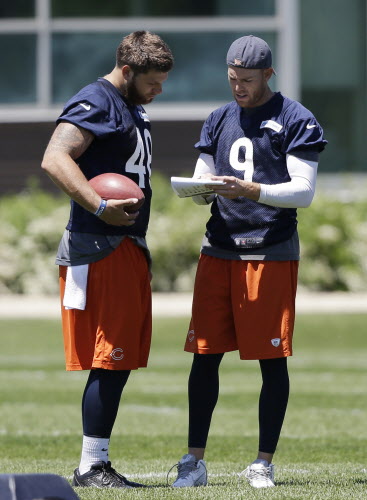 On Friday, the Pittsburgh Steelers claimed long snapper Brandon Hartson.  Hartson was on waivers from the Kansas City Chiefs.  The Chiefs had signed Hartson to a reserves/futures contract in January.  Hartson went undrafted (2013 NFL Draft) and spent the last two offseasons with the Chicago Bears.  The Steelers have long-time long snapper Greg Warren on the roster as well.

Hartson attended college at the University of Houston.  As a redshirt senior (2012), Hartson was named Second Team All-Conference USA after being perfect on 131 snaps.  During his junior season, Hartson was one of the nation’s top-rated deep snappers and helped Matt Hogan break the NCAA record for consecutive extra points made in a single season (78).  He was named to the Conference USA Commissioner’s Honor Roll three consecutive years (2008-11).  Hartson handled all snapping duties for punts as a sophomore and added tackles against Tulsa and UCF.  In 2009, Hartson was one of only 29 players to compete in all 14 games and was part of the special teams unit that converted 63 PAT attempts and 18 field goals.  Hartson made the highlight reel for recovering a muffed punt against Northwestern State and in the Bell Helicopter Armed Forces Bowl he tied a Houston single-season record with 14 games played against Air Force.

Hartson was recruited by Baylor, Oklahoma State and Texas A&M before selecting Houston as his college home.  His cousin, Grady Allen, played with the Atlanta Falcons for five seasons.  His second cousin, Dennis Allen, was head coach of the Oakland Raiders in 2014.

Steelers: Searching For The Next Interior Offensive Line Gem
Ike Taylor to intern as coach during OTAs for Steelers