Ike Taylor to intern as coach during OTAs for Steelers 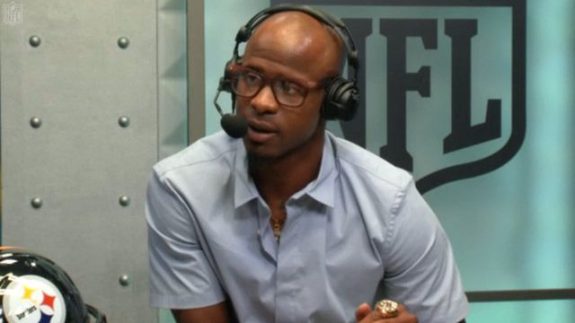 Veteran cornerback Ike Taylor may have officially retired on Tuesday after twelve years of on-field action with the Pittsburgh Steelers, but he isn’t leaving the city permanently according to several sources.  Per Mark Kaboly of the Pittsburgh Tribune-Review, Taylor will not only work with the NFL Network and NFL Films, but will join the Steelers during OTAs and training camp as a defensive coaching intern.  He is likely to join defensive backs coach Carnell Lake.

Taylor saw his retirement creeping up on him as he faced the free agent market and a potential exit from Pittsburgh, but he was quoted on the Steelers’ official website as saying, “I wasn’t cut, I wasn’t released.  It was just my contract was up and it was time to retire…From the time I walked in the door until the time I left, this is where I wanted to be.”  Taylor told Kaboly on a TribLive Radio show that he would be happy to remain with the Steelers organization, even if it mean that he had to work his way up, be in the office or an assistant.

Taylor spent most of the 2014 NFL season with a broken forearm.  The images of the moment of his injury went viral in one of those ‘freak incidents’ in the NFL.  Taylor spent his time watching younger players move into starting positions and encouraged teammates to improve and communicate.  “I’m the coach, dad, player role. I’m the big-brother role.  I’m whatever you need off the field role…That’s just the kind of bond we have,” said Taylor in January.

Taylor will get another opportunity to be the “whatever you need” guy albeit in a non-player role.  With the Steelers needing to address the defensive backfield, especially the cornerback position, via the draft and following undrafted rookie free agency period, Taylor will be a resource the team should tap.  His experience can help mold the Steelers’ defense into a stronger unit in 2015.

(Note:  This article originally posted by author on Examiner.com under a different headline)