How The Steelers’ 2015 Schedule Could Affect The Draft 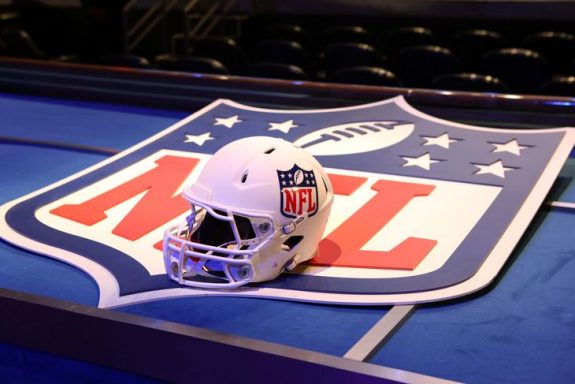 As it stands right now the Pittsburgh Steelers have the toughest schedule for this upcoming 2015 season.  With that being said, it makes the NFL Draft all the more important.  It brings into question: can the Steelers afford to draft players who are projected to take two to three years to develop? Will the upcoming regular season schedule persuade the Steelers to draft players with questionable character but outstanding talent?

In last year’s draft, the Steelers potentially picked three starters for 2015 in Ryan Shazier, Stephon Tuitt – both projected to start at their respective positions – and Martavis Bryant who could very well unseat Markus Wheaton as the number two receiver.  As excellent as the 2014 NFL Draft was for the Steelers, they may need similar or slightly better success in the 2015 NFL Draft.

The cornerback(s) selected will need to contribute very soon,  possibly be as a Week One starter, as well as any strong safety selected who will compete with Shamarko Thomas.  It has been highly speculated that a running back will be drafted due to the suspension of Le’Veon Bell, injury history of DeAngelo Williams and the ineffectiveness of Dri Archer in his rookie season.  That potential running back draft selection may very well see snaps verses the defending champion New England Patriots.  When an outside linebacker is drafted, as the Steelers seem to pick one almost every year, he will likely join a rotation immediately and be asked to be a steady pass-rusher on at least 10-15 plays.

The last time the Steelers had the hardest schedule in the league was in the 2008-2009 season when the Steelers won the Super Bowl . The talent and depth on that roster was so good the rookies were not pressed into action.

This roster does not quite have that much depth, so more help will be needed from some of the rookies selected. This draft could give the Steelers the boost they need immediately or keep them at a standstill.

Peter King Gives His Opinion On The Steelers’ 2015 Schedule
Cooper: How the Steelers Are Viewed in the UK