Peter King Gives His Opinion On The Steelers’ 2015 Schedule 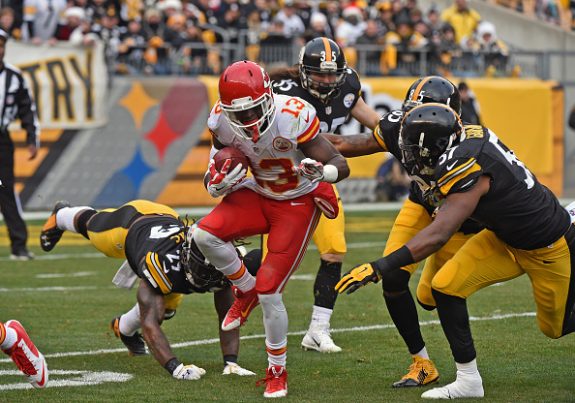 Peter King who puts out his must read for NFL fans every week – “Monday Morning QB” has a great piece today on just how complex and difficult it is to put out the NFL schedule based on team requests as well as conflicts with things like postseason baseball as well as concerts with the likes of Taylor Swift.

King talks about how the slate is eventually made, and then goes through each team, including the Steelers, and his thoughts on their schedule for 2015 – the toughest in the NFL.

Toughest schedule in the league by winning percentage of foes (.579). Pittsburgh has nine games against 2014 playoff teams, plus games against two other teams—Kansas City and San Diego—that had winning records. One edge: The Steelers do have a second “mini-bye” because of the Thursday night opener in Foxboro. One detriment: The Steelers will face New England, San Francisco and St. Louis without franchise back Le’Veon Bell, who is suspended for the first three games after his August 2014 pot bust. And they close with two straight road games, thanks in part to the late December destruction of the Greenfield Bridge, which will impact traffic to and from Heinz Field.

You can read about the rest of the AFC North teams, and also the entire article by clicking HERE

Blast Furnace: 2015 Steelers schedule will be a grind
How The Steelers’ 2015 Schedule Could Affect The Draft