Cover One: Steelers looking for next premier pass rusher 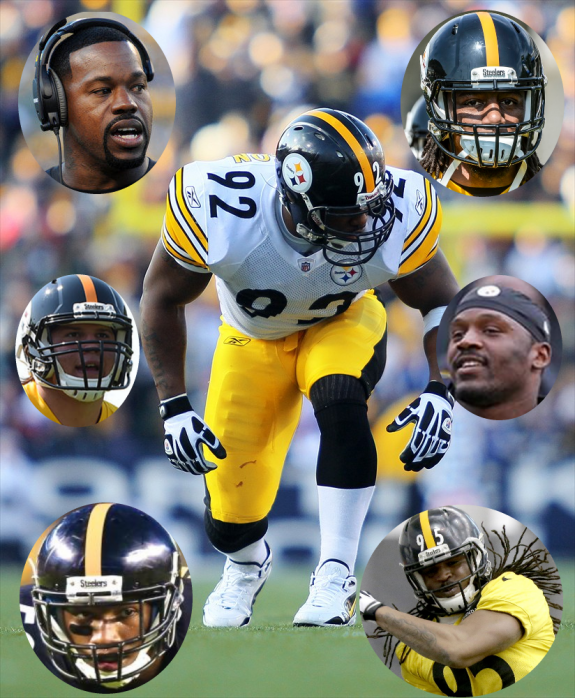 For years the Pittsburgh Steelers have been known for having dominant pass rushers.  Guys such as Joey Porter, Kevin Greene, James Harrison and LaMarr Woodley – just to name a few. With the Steelers defense currently in rebuilding mode, there are several linebackers on the roster who have a legitimate chance to become the next premier pass rusher in Pittsburgh.

One of the first guys to look at in 2015 is third-year pro Jarvis Jones. Now, before you laugh, let’s consider the fact that  Jones was already showing improvement early last season.  When he returned from injury late in the season he lost valuable reps to outside linebackers Arthur Moats and Harrison. Working with outside linebacker coach Joey Porter should improve Jones’ pass-rushing technique.  No one questions the energy and motor of Jones, but he needs to add pass-rush moves to his arsenal

Alvin “Bud” Dupree is an intriguing player. Dupree has the ability to get to the quarterback by rushing up the middle, on the edge and playing from the defensive end position.  It will be extremely difficult for running backs to block him once he builds up speed and uses his strength. Dupree will be put in positions in which another defensive teammate will occupy blockers to allow Dupree to take advantage of a slower tackle, guard or a line-protection mishap. With Dupree’s long arms he can force multiple strip-sacks.

Rookie outside linebacker convert Anthony Chickillo is another linebacker to keep an eye on. Chickillo has a non-stop motor and the strength to power past tight ends and some offensive tackles. Even though Chickillo will first have to prove himself on special teams, an injury to another roster member could lead to playing time in a hurry. Chickillo will learn a thing or two about power and fitness as well as pass-rush moves from Porter and Harrision.  Chickillo is another player who can play with his hands on the ground, and being in a rotation will allow him to play with the reckless abandon he typically employs without tiring out.

Blast Furnace: Pricing, seating changes only slight improvements to game-day experience
How Do the Steelers Plan on Replacing Departed Veterans on Defense?