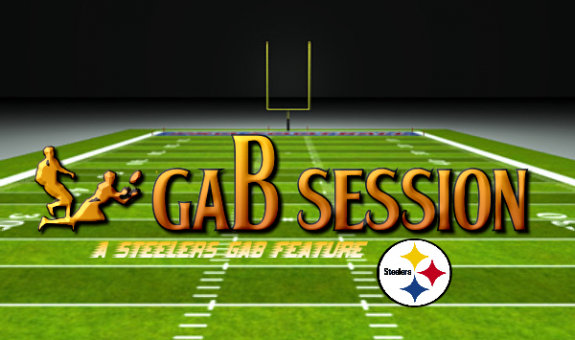 MountLebanon:  I don’t understand the new rules the NFL is proposing regarding the extra point. Can you explain that?

Rivers: The changes were actually a revision to the most recent extra point play.  Owners and the league have been talking about changes for months, but what they decided was that the point-after-touchdown (PAT) that was worth one point will be snapped from the 15-yard line for the 2015 season.  This will make the PAT around 33 yards instead of 20.  It isn’t a major change for sure as most NFL kickers have been able to convert within this range in the past without trouble.  When teams elect to go for a two-point conversion instead, the ball will be snapped from the two-yard line.

PistolPete:  Did the Steelers pull Devin Gardner off of waivers to be like Kordell “Slash” Stewart?  Stewart really threw off defenses and I hope this is the case.

Rivers:  Kordell Stewart was drafted by the Steelers to play quarterback and only switched to wide receiver his rookie year because the team needed depth there.  It wasn’t until then coach Bill Cowher saw Stewart in practice against the defensive backs that he created the opportunities Stewart was then given.  Gardner should be considered to be more like Antwaan Randle El – he won’t be a quarterback in the NFL and is really a project due to his size.  Gardner isn’t guaranteed to remain with the team.  With a lot of depth already at receiver, he has a lot to prove to stick around long enough to even attend training camp.

StuckInBaltimore:  How much did Bud Dupree get for signing with the Steelers?

Rivers:  Dupree signed a standard rookie contract (four years with the option for the Steelers to pick up a fifth).  Reports have his deal including a $5 million signing bonus as the first-round selection.

BusFan36:  When a player’s cut, why do they have to clear waivers before being signed.  Why not stick them on the practice squad and save effort?  Seems a bit ridiculous.

Rivers:  Ed Bouchette recently answered a very similar question.  Are you making the rounds asking this question?  It is to prevent teams from stacking up their practice squad full of guys and keeping them unavailable to other teams.  With the waiver system, the player becomes a free agent and can then choose to sign with any team – not just the team that picked him up initially.

PittFann75:  The Steelers can’t seem to decide who is going to replace Polamalu.  Why don’t they get a veteran free agent from another team?  Will Allen ain’t gonna cut it.

Rivers:  The team was reportedly looking at a safety but the Tampa Bay Buccaneers were awarded the player.  Sorry, I can’t remember his name.  I doubt the Steelers will not at least try to get another veteran via free agency, but they may wait on a guy that isn’t asking for top-dollar.  I would watch for them to make a move during training camp.  Shamarko Thomas is the guy that is on the hot-seat right now.  He’s going to have to show he’s improved.

Heinz57:  Why do Steelers fans keep saying that we need to dump Lawrence Timmons now instead of letting him play?

Rivers:  There has been a lot of chatter about hanging onto veteran players “too long”, but look, Timmons was a Pro Bowl player in 2014.  He’s 29 years old.  He certainly isn’t slowing down.  It would be a mistake, in my opinion, to get rid of the most experienced guy at inside linebacker in favor of untested young guys.  Let Timmons show them how it’s done – then think about making a move in 2016.

SteelGroupie:  I realize I am just a die-hard female fan, but one chic to another why is there even a conversation going on about the Steelers being cheaters?  It’s not New England!

Rivers:  Right now rule-breaking is a hot topic and no fan wants to see their team singled out.  Why not cover all 32 teams and every single rule that has been broken from using Stickum to steroids? Bounties?  Deflategate is the sports scandal right now.  Trust me, things will die down and we’ll be on to the next one I’m sure.  What was legal in the past is not part of today’s football, so it’s pretty much something to talk about in the offseason.  So far no one has been stripped of any titles, so it’s basically irrelevant to go digging around in the past.

BusFan36:  Who is the number 2 rusher going to be behind Bell? And is Bell’s suspension going to bump him from number 1?

Rivers:  I would say that spot is wide open.  Josh Harris and Dri Archer will be pushing to prove they deserve the roster spot, but I expect OTAs and training camp to really open up some competition.  Bell’s position is not in jeopardy.

Do you have questions you’d like answered?  Go to the Steelers Gab Facebook page and send us a message for next week.