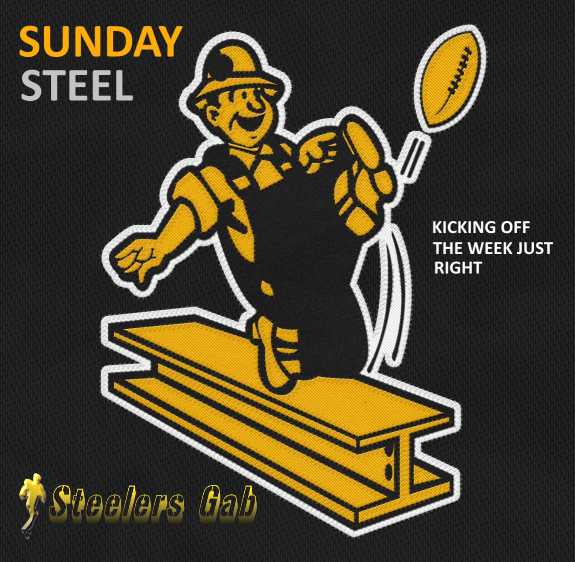 In this week’s edition of our Steelers Gab “Sunday Steel” feature, we take a look at the news around Steelers Nation as well as some interesting player quotes, the rankings ESPN has given the Steelers’ uniforms and more.

Steelers Uniforms Ranked No. 1 by ESPN 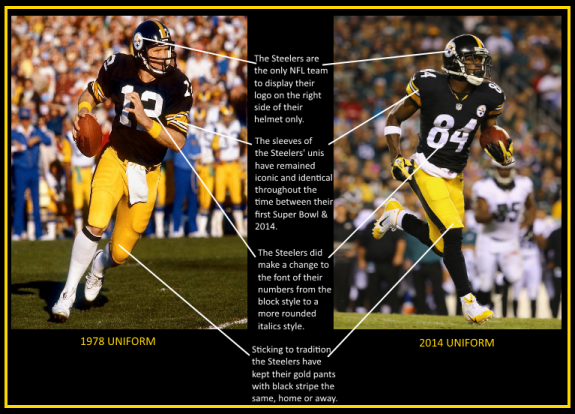 Click on the photo to see it in a larger size

For Steelers die-hards, the news that the Pittsburgh Steelers have outstanding uniforms (not necessarily their alternate ones) is just further evidence that the traditions the Steelers have maintained is critical.  This week, Paul Lukas of ESPN.com ranked the Steelers’ uniforms number one in the league in the latest Uni Watch NFL Power Rankings.  All 32 teams were ranked based on the primary (home) colored and white uniforms (away), but some throwbacks were taken into account.  The last time the Steelers were ranked, they stood at number four.  Lukas selected the Steelers for the following reasons:

Aside from the switch from block numbers to italics (which many fans still gripe about, although it’s been nearly 20 years now and we should all just get over it already), the Steelers have stayed the course. They still have their logo on only one side of the helmet, they still don’t use helmet numbers during the preseason (you have to earn them by making the final roster cut), they still have that instantly recognizable sleeve striping (the Rolling Stones are even using it to promote their show at Heinz Field), and their gold pants still work equally well with either of their jerseys. And while some folks can’t stand the bumblebee throwbacks, that design is actually a big hit here at Uni Watch HQ and helps vault the Steelers into the top spot in this year’s Power Rankings. First rate.

And who won the lemon nomination at the bottom of the list?  The Jacksonville Jaguars.  Lukas gave them the lowest ranking of 32 teams and it was put this way:  “You know, the superhero jersey isn’t bad, and the Jags’ color scheme has always been underrated. But there’s no getting around it: This is the worst helmet in NFL history, and everything else in this uniform set is subordinate to that. Woof!”

As for the Cleveland Browns?  Their “new” scheme is nearly as bad as their uniforms have ever been.  Sorry Cleveland!

(Use the navigation below to read the rest of this article)