Roster battles will heat up for Steelers during OTAs 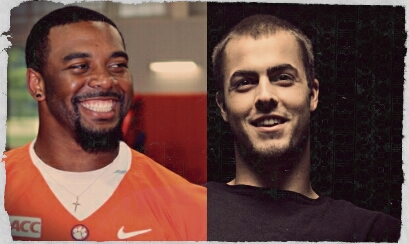 On May 26, the Pittsburgh Steelers will begin their offseason training activities (OTAs).  Although training camp is still several weeks out, the Steelers are close to their 90-man limit on their offseason roster.  There are five positional roster battles that could shape up to be the spots to watch as the Steelers evaluate players they feel should be added not only to the training camp roster, but possibly the season roster.

Landry Jones was selected in the fourth-round of the 2013 NFL Draft out of Oklahoma but has done very little as a member of the Steelers’ roster since.  While Ben Roethlisberger has remained healthy for the most part, it has been Bruce Gradkowski who has been solidly counted on to back ‘Big Ben’ up.  Jones showed an inability to be very effective during preseason games and has yet to inject any youth into the position.  The young man’s future is no guarantee as the Steelers brought in Tajh Boyd, last with the New York Jets, to challenge him.  Boyd spent his 2014 season in the Fall Experimental Football League and is looking to renew his position in the NFL.

The Steelers are once again deep at the linebacker position – both inside and outside – heading into OTAs in 2015.  With veteran experience from James Harrison and Arthur Moats on the outside with Jarvis Jones and Bud Dupree, Pittsburgh has options with Lawrence Timmons, Vince Williams, Sean Spence, Ryan Shazier and Anthony Chickillo on the inside.  With Jordan Zumwalt, Shawn Lemon, Terence Garvin and Howard Jones (reserve/futures) on the roster as well, it will be interesting to see just how many linebackers the Steelers hang onto.

It has already been made clear that Harrison will be limited in his snap-count this upcoming season, but his leadership qualities make him a valuable player to have next to some very young guys who can use development.  Timmons has his position solidified after outstanding performances in 2013 and 2014 and gives the interior guys the incentive to play at the next level.

The pressure will be on Jarvis Jones and Ryan Shazier to demonstrate why they were chosen in the 2013 and 2014 NFL Draft.  Both spent time nursing injuries and many feel both men have yet to show their true potential.  Williams, Spence, Zumwalt and Garvin would love to keep their spot solidified, but will likely be the guys on the bubble for the most competition to do so with Lemon, Jones and Chickillo looking to prove their own worth.

The number three tight end position is truly up for grabs, and at this point it is going to be an uphill battle for Rob Blanchflower and 2015 fifth-round selection Jesse James to unseat Will Johnson who has also been used at the H-Back position and tight end.  Blanchflower spent part of the 2014 NFL Season with the Steelers on the scout team.  Where James has an advantage is in his size.  Cameron Clear will also be in the mix.

Heath Miller and Matt Spaeth are the veteran guys that aren’t likely to give up their spot barring injury.  The third tight end spot may be one of the more hotly contested areas at camp as the Steelers look for their replacements.

The Steelers aren’t worrying about who is going to be seated in the starting positions along their offensive line.  Pittsburgh did a nice job of bringing in depth via free agency and undrafted rookie agents to compete for backup roles.  This is one of the deepest groups that will attend OTAs and camps for the Steelers this offseason.  Offensive tackle Mike Adams may be in a vulnerable spot after being called out for slow feet and not finishing blocks, but he did improve his play in 2014.  That leaves Cody Wallace and Chris Hubbard competing with Kevin Whimpey, Miles Dieffenbach, Reese Dismukes, B.J. Finney, Collin Rahrig and Micah Hatchie.  The focus will be on consistency and the ability to move into a role immediately should one of the starters be ineffective or unable to play.

As it stands today, the Steelers have veteran Will Allen, Shamarko Thomas, Jordan Dangerfield, Alden Darby, Robert Golden, Gerod Holliman, Mike Mitchell, Isaiah Lewis, Ross Ventrone and Ian Wild on the roster at safety.  The biggest issue that must be ironed out during OTAs and camp will be who will step up and fill the shoes of the departed Troy Polamalu.  Not one of the names mentioned above equates to the style or aggressive play that Polamalu embodied, making this a critical battle for roster spots.  It is likely that the Steelers will keep four to five safeties on their roster.  The early favorites are Allen, Thomas, Mitchell and Ventrone – but that is always up for debate.  Mitchell did not have a spectacular outing in 2014 and Thomas has yet to prove that he is ‘starter’ material.  That leaves this battle wide open.

While it may not be an area where a ton of focus from fans will be, the wide receiver position continues to be intriguing.  The Steelers have brought in several receivers making the question of whether Antonio Brown had intentions to holdout or not even more relevant.  The Steelers will have their requisite four wideouts, but who will they hang onto for special teams and the scout team? Who will step up and challenge starters Brown, Wheaton and Bryant?

The running back position should be interesting as the number two spot will be up for grabs as well.