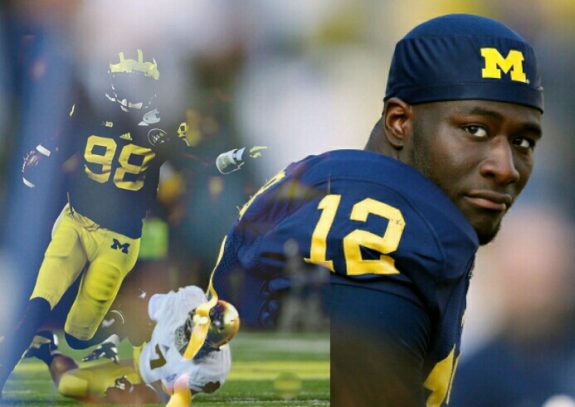 The Pittsburgh Steelers added Devin Gardner to their off season roster on Tuesday.  Gardner (6-feet-4, 216), a former quarterback at the University of Michigan converted to wide receiver, was claimed off of waivers after signing with the New England Patriots as an undrafted rookie.  The Patriots released Gardner on Monday.

To make room on the roster, the Steelers waived Missouri receiver L’Damian Washington.

As a receiver, Gardner caught 18 passes for 266 yards and scored four touchdowns for the Wolverines.  Gardner had an up-and-down career in a Michigan program that struggled.  As a junior, Gardner threw for 2,960 yards with 21 touchdowns and 11 interceptions, setting school records for passing yards in a game (503) and total yards in a game (584).  His senior season (2014), Gardner was only able to throw ten touchdowns compared to 15 interceptions and transitioned to the receiver position.

The Steelers continue to focus on tall targets despite a strong receiving corps in Antonio Brown, Markus Wheaton and Martavis Bryant plus recent draft selection Sammie Coates.  Whether their interest is simply to create depth through a systematic build-up or based on concerns that Brown may not remain with the team for the long-term remains to be seen.  The Steelers will have plenty of competition at training camp in Latrobe this year to evaluate.