Steelers Have Interest in Playing Internationally 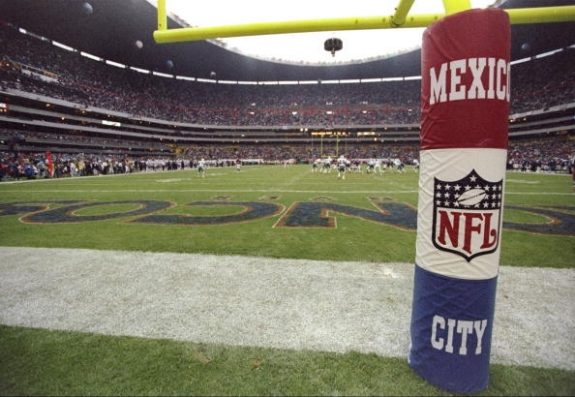 Steelers president Art Rooney II said he is interested in having the Steelers play a regular-season game in Mexico or Germany in the near future, Mark Kaboly of the Pittsburgh Tribune-Review reports.

The Steelers would welcome an opportunity to play outside the United States again, Rooney told the team’s website Friday.

The Steelers played the Indianapolis Colts in a preseason game in Mexico City in 2000 and have established a strong fan base there. Last week, the Steelers staged a camp in Mexico that Maurkice Pouncey, Kelvin Beachum and other current players attended.

“We would love to play another game in Mexico at some point, and so that part of taking NFL football to another country is something in which we have a keen interest,” Rooney said. “The Steelers are interested in the other international games as well, and so there’s a lot of activity going on. There’s a lot of interest in NFL football around the world, and we’re just trying to keep developing that.”

NFL commissioner Roger Goodell said this week at the league’s spring meetings that countries like Germany and Mexico are interested in hosting regular-season games.

“If I had to put a timetable on it, I would be disappointed if we don’t have games in those two countries within the next five years,” Rooney said. “There are enough NFL fans in both to support a game, and so it’s really a matter of being able to put together a stadium situation that would work well for us as well as being able to put together a broadcasting and digital media-style programming so the games can be broadcast in those countries as well being played there.”

If the Steelers do decide to play an international game, you can get great flight deals by visiting Hipmunk’s cheap flights page which offers tips and best-buying practices for flights all over the world. You can also review a guide to hotel deals on Hipmunk with options from major resorts and Airbnb.