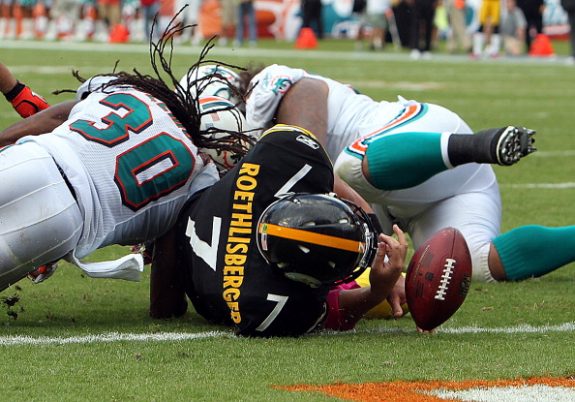 The Steelers were the AFC Champs in 2010, having a solid 12-4 campaign that saw them beat the Ravens and Jets enroute to the Super Bowl where they lost a tough game to the Green Bay Packers 31-25 in front of over 103,000 in Cowboys Stadium.

There was plenty of memorable moments in that season, but one that clearly comes to mind was from a game played in South Florida on October 24th, as the Steelers topped the Dolphins 23-22.

What many will recall was the bizarre ruling near the end of the game by head official Gene Steratore. If you don’t recall – here’s part of our game story from Steelers Gab that afternoon.

Click HERE to read the rest of our game story

Click HERE to see the box score of the game