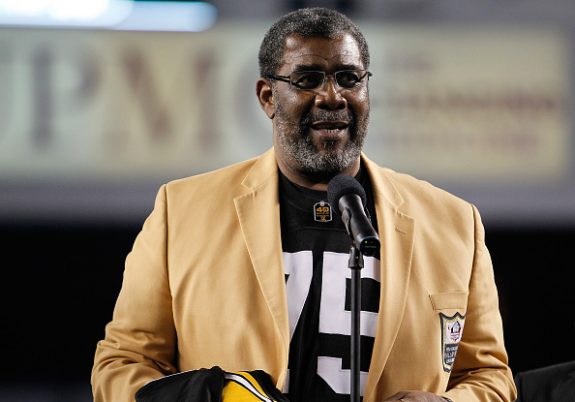 Agnes Greene, the wife of Steelers and NFL Legend Joe Greene, passed away over the weekend at the age of 67, and a former Steelers foe spoke about it on his Facebook page.

That foe being Hall of Famer Earl Campbell, who played for the Houston Oilers during the teams bitter feud in the 1970’s which included two AFC Title Games.

“Thoughts and prayers to my friend and Pittsburgh Steeler Joe Greene who’s wife just passed,” the post reads. “The world is going miss such a great woman. She always said hello to me at the hall of fame and was always so generous. You and your family are in my prayers Joe.”

Thoughts and prayers to my friend and Pittsburgh SteelerJoe Greene who's wife just passed. The world is going to miss…

Here’s an online entry about the passing of Agnes.