Antonio Brown Stops Any Chatter of a Possible Holdout 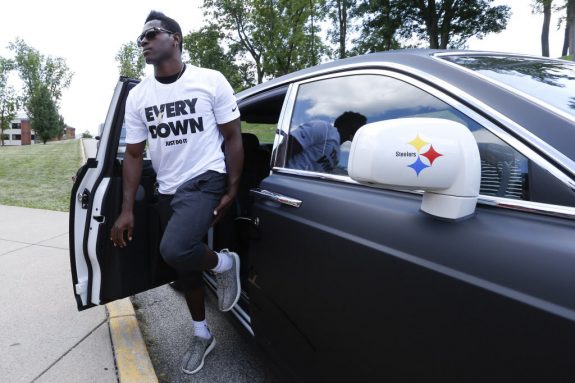 For the Steelers and Antonio Brown, it looks like there’s no concern over the possible tension over a holdout for the superstar wide out.

The wide out, on day two of camp, stopped any chatter of walking away from the team for more money, stating that “holdouts never go well.”

“Just look at history. It always ends badly,” Brown said Saturday. “It wouldn’t be the best decision. I make a lot of money. I pull up to camp in Rolls-Royces.”

The receiver has three years left on a six-year, $43 million deal. While it is a lot of money, he’s considered underpaid for his position, and is no even in the top-10 among wide receivers in annual pay.

“What I’m here to do today is show how hard I’ve been working, showcase that I can still be the best in the world and help my team win football games,” Brown said.