Cover One: Steelers good, bad and ugly in 14-3 loss to Vikings 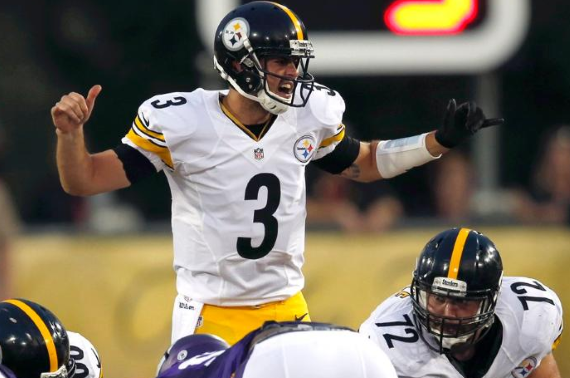 Pre-Game Thoughts:  The Man Everyone Will Have Their Eyes On

It’s a clear fact that the Steelers will rest many starters in Sunday’s night game. The average person will say this game has little importance, but this game holds considerable weight because of quarterback Landry Jones. Jones has shown himself to be a disappointment thus far in his career.  In training camp this year Jones has been above average and has impressed head coach Mike Tomlin. Tomlin considers this game to be critical for Jones. That being said, the performance of Jones is very important for several reasons.

Backup quarterback Bruce Gradkowski has been out of all training camp practices with an injury. With Gradkowski being injured this early, it raises serious concerns if the Steelers had to rely on Jones for a two-to-three game stretch.  Until recently, Ben Roethlisberger had trouble starting 16 games every season due to injury issues. When Jones was drafted, general manager Kevin Colbert saw Jones as Roethlisberger’s future replacement. A great game vs the Vikings won’t exactly confirm that.  During 2009-2010 and 2010-2011 the Steelers was forced to use quarterback Dennis Dixon who performed adequately as a starter.If Jones struggles vs the Vikings, it’s unlikely he will be given another chance such as this one to prove himself.

Jones will not have much time with the first team during the game, but he will be playing with better backup talent then he has in the past two seasons. Jones needs to show the ability to read defenses quickly which made him such a highly-touted prospect coming out of the University of Oklahoma. Jones is not known to be much of a scrambler but he will need to show he can avoid defenders in the pocket while playing behind a below average offensive line in second and third-string players. Concerning the deep passing game – if Jones can  connect on at least one deep pass to any of the receivers, it will go a long to cementing his backup roster spot. Gradkowski is not known for having a strong arm.  Many believe in Jones, but if he lays an egg on Sunday night, the doubters will be patting themselves on the back.

Scoring only three points during the entire Hall of Fame game will lead to many of the offensive walk-ons and deep third or fourth-string being cut. The Steelers offense was lackluster, to say the least, and once again Landry Jones disappointed; failing to score a touchdown and efficiently move the offense.

The defense did not generate much of a pass rush, but it’s safe to say the defense held its own with the exception of one pass play in the second quarter.

Tight end Jesse James had several drops, one leading to an interception, and another which would have been a touchdown.

Devin Gardner and Sammie Coates each had drops in the red zone.

The running game was nothing special.  In fact, the only running back to provide a spark was Dri Archer.

Middle linebacker Ryan Shazier was all over the field showing his speed and quickness.

None of the cornerbacks were beat deep in coverage and were very sound in their tackling.

Alvin Dupree showed quickness off the ball but must improve when it comes to overall burst and shedding blocks.

Overall,  nobody was special in this game – and some were terrible.  Games like these make it easy for the coaches to decide who to release from the team.