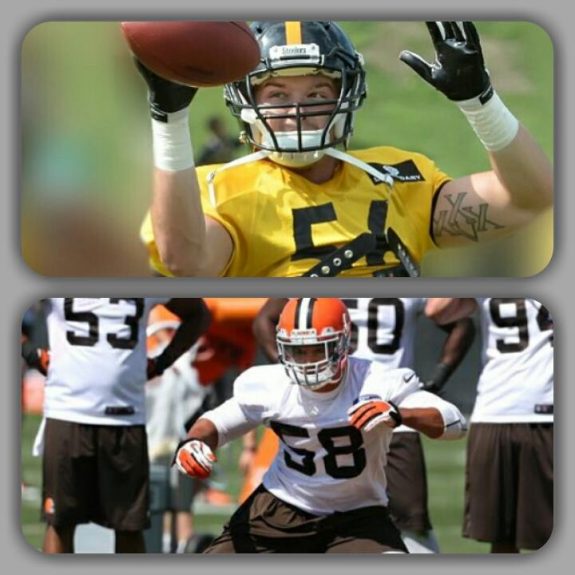 After selecting linebacker Jordan Zumwalt out of UCLA in the sixth round of the 2014 NFL draft, the Pittsburgh Steelers have seen his potential drop as injury after injury haunted the young linebacker.  Zumwalt spent his entire rookie season on the injured/reserved list, but had been showing improvement in camp and the preseason. After an undisclosed injury suffered on Monday, Pittsburgh waived him.

The move was followed up by bringing in journeyman free agent L.J. Fort off of waivers from the New England Patriots.  Fort played collegiately at the University of Northern Iowa before being signed by the Cleveland Browns as an undrafted rookie free agent in 2012.  Since his entrance into the NFL, Fort has spent time with the Denver Broncos (2013), Seattle Seahawks (2014) and Patriots (2015).  Fort has had little on-field experience as anything more than a backup while in the league and while with Seattle switched to fullback.

Zumwalt was drafted as a linebacker who would be a special teams standout with the versatility to play inside and out on defense.  Unfortunately, injury kept him from reaching that potential.  Although the nature of his latest injury has yet to be made public, potentially the second year player could clear waivers and attempt an injury settlement with Pittsburgh before entering free agency.