Steelers bring out ‘play cards’ to prepare for Packers 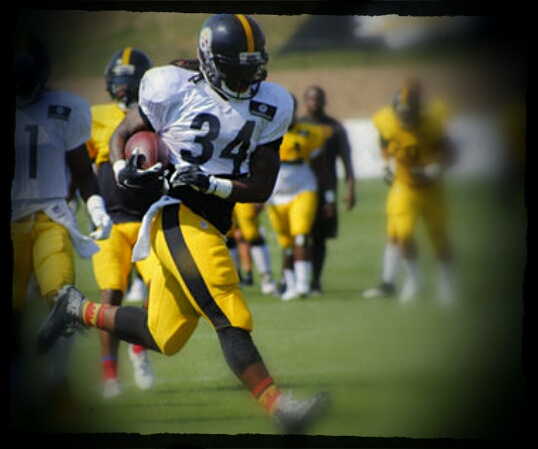 Pittsburgh Steelers head coach Mike Tomlin did little different in the last training days in camp, but in preparation for the Green Bay Packers, he brought out play cards.

By exposing players to some of the looks the Packers show, Tomlin wanted the team to not only improve their play but scout what Green Bay is likely to throw at them on Sunday.  By combining things from the Packers’ preseason game against the New England Patriots, the goal was to anticipate and process real-time game planning, something he didn’t push against Minnesota or Jacksonville.

Tomlin said that by not utilizing a specific game plan in the first two preseason games, he and the coaching staff were able to evaluate individual performance as players executed fundamental football skills; overall awareness, reads, route assignments, communication, ball control and anticipation, limiting penalties and paying attention to the game and play clocks.

The goal was to allow Steelers players, especially rookies and free agents the ability to interact with each other on the field without a major plan and see if they could make transitions based on personnel and game environment.  Tomlin said that by allowing this, evaluation was telling as to who was able to adapt and pick up on key moments where they needed to rely on skills taught in camp.  But, Tomlin expects the Steelers to be able to play with a plan in place as well.

“To be honest with you, in order for us to be successful we’ve got to be good at both,” Tomlin said.

Tomlin’s statements explained why, during their first two preseason games, Pittsburgh looked to be playing at a less intense level as players worked together in different personnel combinations.  The goal wasn’t to focus on particular opponents, but to execute plays based on a general understanding of the schemes Tomlin, Butler and the coaching staff have been teaching and emphasizing.

Read the eyes of the quarterback.  Read receiver routes. Get off the ball and handle your blocks.  Protect the quarterback.  Wrap up when tackling. Shut down running lanes.  All of those items equate to overall success, and Tomlin was serious about focusing on basics before adding a specific plan based on the team they were facing.

It was smart and shows a ton of foresight even if it meant the Steelers weren’t necessarily stunning in their overall game play.  In ways, Tomlin and the Steelers staff have been giving their revamped and retooled team an opportunity to have the proverbial milk before meat.

By adding the playcards, the Steelers spent the last two days adding Packers-specific planning.  They know Aaron Rodgers is a high-level quarterback, that Green Bay likes to come out hot and use multiple weapons.  Even though the Steelers offense has looked primed for another explosive season, the extra prep will likely benefit the young Steelers defense the most.  More than half of the players on defense for Pittsburgh have yet to face a team quite like Green Bay.  Sunday will be their first opportunity to put together everything from camp and execute it in a way that is customized to shut down the Packers on both sides of the ball.