Tomlin Speaks on the Suspension of WR Martavis Bryant 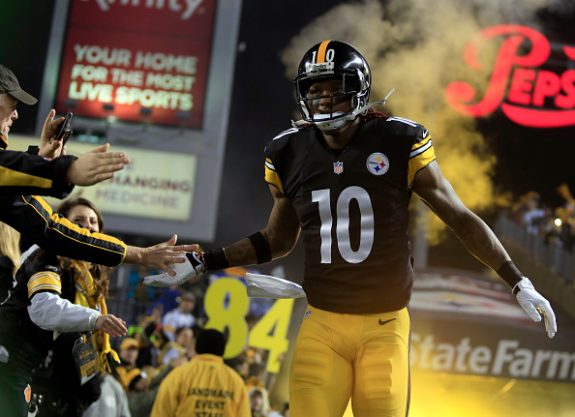 The Steelers will be without second-year wide out Martavis Bryant for the first four games of 2015, as the NFL denied the receivers appeal on his suspension.

“We are disappointed… but we’re going to remain supportive,” Steelers coach Mike Tomlin said to open his Tuesday press conference. “”We don’t have a definitive plan for him moving forward but we will.”

The coach went on to say that the team saw the suspension coming, and they will play for life without the wide out, who last season finished with 26 receptions for 549 yards and eight touchdowns in just 306 regular season snaps.

“We’re not surprised by it, we’ve knew about the possibility (of the suspension) for some time,” Tomlin said.

The coach said that the teams drafting of Sammie Coates was a direct result of the suspension. Reports say Bryant’s suspension is for multiple failed marijuana tests.

“He’s let his teammates down, the organization down, his family down, and of course Steeler Nation,” Tomlin said.