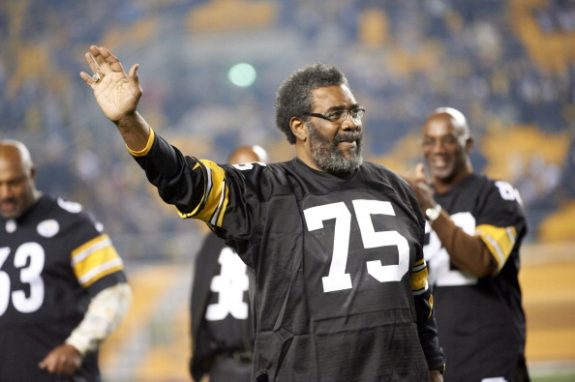 It’s a commercial that propelled a legendary player into another stratosphere. That player is Steelers all-time great ‘Mean’ Joe Greene, and the commercial is the famous Coca-Cola television spot that first aired during the MLB playoffs in 1978.

AdWeek reports that the famous spot, which is 60 seconds, will air during the NASCAR Darlington Southern 500 race in South Carolina.

The commercial broke barriers for all the right reasons, and made Greene a legend in his own time. If you’ve ever seen ‘A Football Life’ on Greene, he speaks quite a bit about the spot, and even to this day has a relationship with the actor who was the child at the time in the commercial.

If you don’t remember, or have never seen the spot – check it out below.