This Is Just The Tip Of The Iceberg For Alvin Dupree 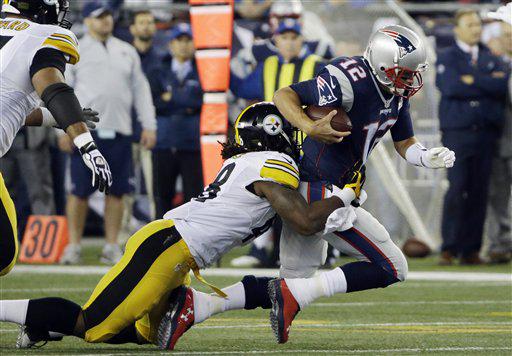 Any time a team suffers a loss, coaches, fans and others try to find the positives in the midst of the chaos. One of the positives against the New England Patriots was Alvin “Bud” Dupree.

The 2015 first round pick recorded his first sack against Tom Brady and played with great energy against the Patriots.  It is no secret that many fans have almost given up on Jarvis Jones. When Alvin Dupree was drafted, many felt it was a foregone conclusion that he would start week one. That didn’t happen, but Dupree played his fair amount of snaps as he showed himself to be more of a pass-rushing threat than Jones.

The area in which Dupree struggled was in coverage. Rob Gronkowski had a field day against the Steelers defense. It was still encouraging to see that Dupree’s athleticism translates onto the field.

Against the San Francisco 49ers, Dupree will be tested in the run game. Running back Carlos Hyde is a between the tackles bruiser. Dupree must show improvement at the point of attack. Dupree will also be tested against another solid tight end in Vernon Davis: a physical specimen with great speed for the position.

Dupree has shown the quick first step but, against a slow-paced offense, he must shed blocks consistently.  He has yet to have a ‘wow’ moment, but with his talent and increasing knowledge, it is coming sooner rather than later.