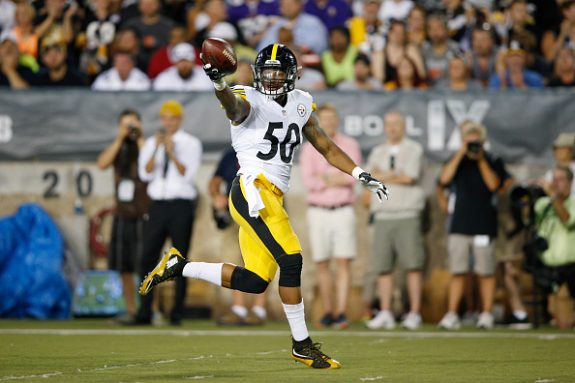 Once again this week Steelers linebacker Ryan Shazier will be on the sidelines when the team takes on the Chargers Monday night in San Diego.

The linebacker’s injured right shoulder will force him to miss a third straight game.

The team ruled Shazier out for the game today, after he didn’t practice on Saturday.

Shazier had practiced earlier in the week and was hopeful to return against the Chargers (2-2). He injured the shoulder in a Week 2 win against San Francisco, a game in which Shazier had a team-high 15 tackles with a sack and a fumble recovery.

Shazier has now missed 10 of 21 games since the Steelers took him in the first round of the 2014 draft. Sean Spence will start in his place against San Diego.