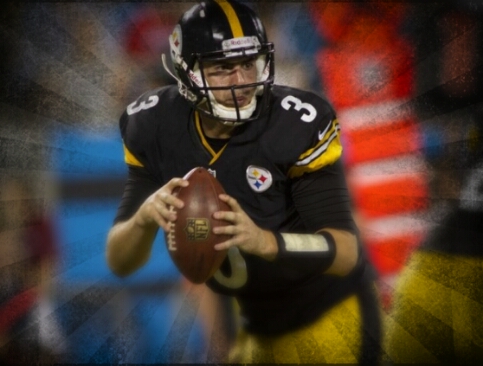 On Sunday, the improbable happened.  It wasn’t the 25-13 win by the Pittsburgh Steelers over the Arizona Cardinals.  It wasn’t the two interceptions the Steelers defense came away with.  It wasn’t even the fact that the defense everyone said was lacking and would struggle came up even bigger against a Cardinals offense that has seen Carson Palmer light up opponents.  It was that, not only did Landry Jones, favorite whipping boy in Pittsburgh, enter the game and ran the offense, but got James Harrison to say he is the team’s quarterback, now.

Jones has frustrated me into a frenzy numerous times in his three seasons with the Steelers.  During the preseason, there were times when Landry Jones jokes made me laugh. Hard.  I would facepalm myself every time he made a bad play and shake my head at his lack of experience.

On Sunday, Jones came onto the field completely unprepared and could easily have thrown the game away.  Instead, he was relaxed, confident and threw two touchdown passes.  Both went to Martavis Bryant, a guy that could use a little redemption himself.

Colleague Christina Rivers and I had a little in-game chat.  It went like this:

S. Dean:  Did Vick just get knocked out?

Dean: Wait, he’s coming back out (on the next series).

Rivers: Wait, Landry Jones is coming in.  The Steelers are down to Jones.  Cross your fingers here.

Dean: Vick is out? Hamstring?

Rivers: Holy cow! Did Jones just do that? Did he just throw a TD to Bryant?!

Dean:  Wait, what is happening?

Rivers: (at end of game) Well, Jones just made a lot of doubters think twice about his ability to play.

Dean:  Absolutely (explitive) did! Wow, what a throw to Bryant. 88 yards for a touchdown. Great game.

Harrison didn’t need humility or pie.  He just came right out and made a declaration.  Granted, the veteran linebacker who ate Palmer for lunch on one play, doesn’t get to set the roster, but look at this from a player’s perspective.

Vick had his chance.  In his two prior games, he wasn’t able to get the offense firing. Antonio Brown felt alienated. Le’Veon Bell wasn’t as productive.  And in Sunday’s game, Vick looked old.  Yes, old and tired.

Jones came in, Big Ben’s understudy and shadow, unheralded and booed – and saved the day.  Heartbreak to hero in a little over 25 minutes?  Who doesn’t love a story like that?

The kid has plenty left to prove.  But, with the backing of a vet like Harrison, he may have the ability to keep this Steelers team on track and let Ben Roethlisberger heal appropriately instead of rushing back to ‘save’ the season.

A toast to Jones who made me want to believe in this team.

Landry Jones Sparks Steelers to Wild 25-13 Win Over Cardinals
Between the Hashmarks: Tomlin was clear about Vick, Jones at QB