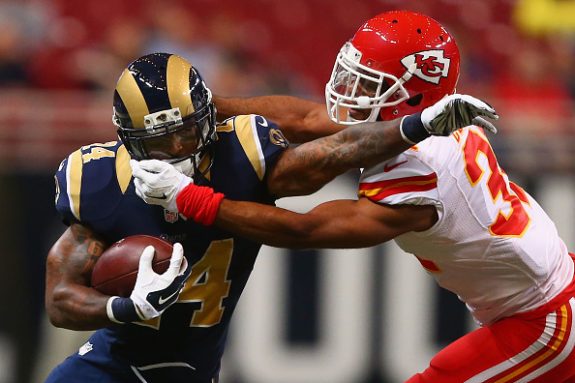 The injury that Le’Veon Bell suffered in Sunday’s loss to the Bengals will sideline him for the final 9 games plus any other game the Steelers play in for the 2015 campaign.

Today the team inked running back Isaiah Pead, formerly of the St.Louis Rams, their second round pick of the 2012 NFL Draft.

Pead, from Columbus Ohio, appeared in 15 games for the Rams in 2012, and carried the ball just 10 times total for 54 yards. He was suspended for the 2013 season opener for violating the substance abuse policy, and in 2013 played in 10 games, rushing the ball 7 times for 21 yards.

He missed all of 2014 after being injured on a kickoff during the Rams 2nd preseason game against the Green Bay as he torn his ACL.

The #Steelers signed free agent running back Isaiah Pead to take Bell’s spot on the roster.