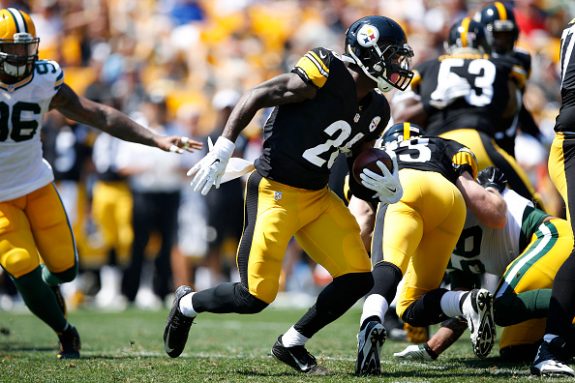 With Le’Veon Bell going down Sunday for the reminder of the season, the Steelers ground game will turn to former Panthers running back DeAngelo Williams.

While Bell is going to miss the rest of 2015, the good news is he’s expected to be fine for 2016 and should be ready to go for the season opener.

Mike Tomlin said in his Tuesday presser that Bell’s ACL was spared, which is great news considering how long the recovery would be if that would have been torn or injured.

The Steelers coach stated that he’s not sure on when Bell will have his knee surgically repaired, he said a chat with the Steelers medical team will take place to figure all that out.

“They are not trying to figure out what to do, they just want to have a conference to discuss the options and set a timetable in which to do it,” Tomlin said.

The Steelers signed Isaiah Pead to take the place of Bell on the roster.