Between the Hashmarks: Take A Bow Mr. Williams 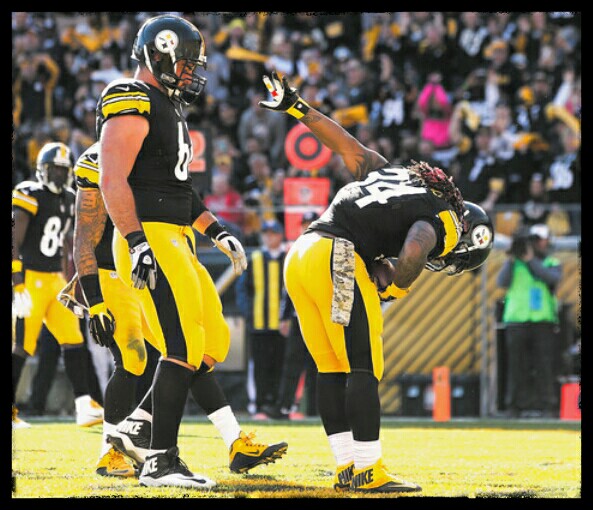 A lot of post-game focus deservingly goes to Antonio Brown for a record-setting game against the Oakland Raiders, but in week nine of the 2015 NFL regular season, DeAngelo Williams showed why he was a fantastic signing by the Pittsburgh Steelers.  Williams was never intended to be more than Le’Veon Bell’s substitute and then backup, according to traditional thought.  In the NFL, traditional thoughts frequently get tossed right out the window.

There was no way to predict Bell would suffer the horrible injury to his knee that occurred in week eight, but football is inherently risky.  Bell had been having a decent season once he took the field in week three, but he didn’t necessarily appear to break last season’s tempo. Perhaps it was due to overall offensive performance or an offensive line playing with new guys.  Maybe it was just not going to be full of highlights.  It’s impossible to tell without speculation.

Williams, in his limited touches during that time, did not look particularly outstanding, either, but on Sunday, he looked ready to prove a point: he is still more than capable of being a primary rusher.  Not only that, but if Williams had scored just one more touchdown against the Raiders, he would have also have tied his single-game rushing touchdown mark as a member of the Steelers set in week two against the San Francisco 49ers.  As it was, his two carries into the end zone were earned on the legs he just kept pumping and a lot of extra effort.

As a veteran, Williams showed the type of leadership that was needed to propel this offense.  Rushing for 170 yards and adding four receptions for an additional 55 helped the Steelers push their total offense on the day to a much needed level and restore hope for this struggling squad.

Yes, Brown deserves credit for being spectacular, but Williams deserves to take a bow for his outstanding performance as well.

Steelers Lose Roethlisberger, Top Raiders 38-35 On Record Day for Brown
Can the Steelers Overcome Without Roethlisberger Yet Again?