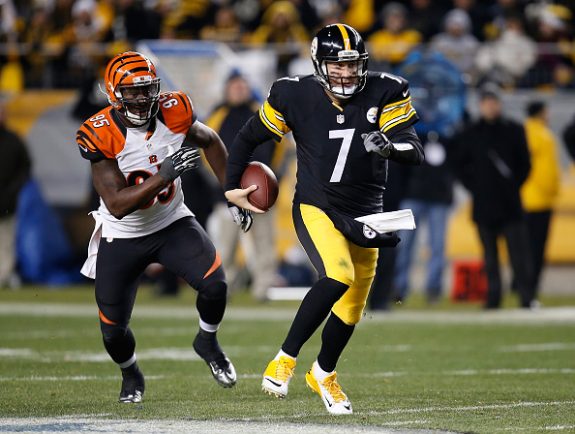 All eyes seem to be on the left foot these days of Steelers franchise QB Ben Roethlisberger. Earlier today it was reported by ESPN’s Adam Schefter that Roethlisberger has already shed his protective walking boot and is progressing ahead of schedule” from his foot sprain.

Now today this tweet comes out of the South Side, where the QB was on the practice field, albeit in a limited role today as the Steelers prepare for the Browns.

Ben Roethlsiberger is listed as limited for practice today by the #Steelers.

It will still be considered a reach for the QB to go on Sunday, and the team is still preparing as if Landry Jones will start.

The more likely situation is that Roethlisberger will miss Sunday and will be ready to go after the team’s bye next week when they travel to play Seattle.