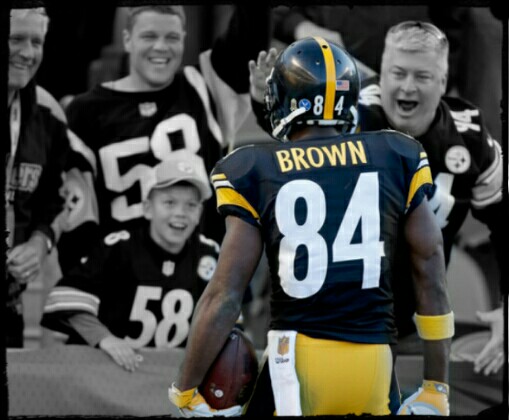 It would be pretty hard to say that Pittsburgh Steelers wide receiver Antonio Brown didn’t endear himself to fans on Sunday.  In the 30-9 win over the Cleveland Browns at Heinz Field in Week 11 of the 2015 NFL regular season, Brown had ten receptions for 139 yards and two touchdowns.

Brown continues to pick up the pace after a slow start to the season.  This was his seventh multi-touchdown reception games of Brown’s career.  With that feat, he tied Louis Lipps and Roy Jefferson for fourth-most by a Steelers player since 1960.  Brown also passed Lipps for the fifth-most yards from scrimmage in franchise history.

After back-to-back weeks with over 100 yards receiving, Brown earns the Steelers Gab Player of the Week honors.

Martavis Bryant – six receptions for 178 yards and a touchdown

Mike Mitchell – third interception of the season; ninth in his career.