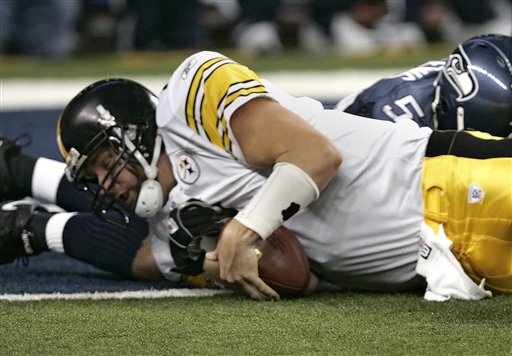 Yes, it has been a while since the Pittsburgh Steelers and Seattle Seahawks have had a showdown.  Just recently, the Steelers hosted a Super Bowl XL reunion and several players spoke about their memories.  “When you are playing for the Steelers you don’t truly understand the greatness of the organization and what they do.  Once you retire you appreciate it more, the fact that you had the opportunity to play for such a great organization.  It means a whole lot more,” said Hall of Fame running back Jerome Bettis.  Big plays were the difference in the game between these two NFL powerhouses, and plenty of fireworks are expected in Week 12.  “It was a special feeling,” said former linebacker James Farrior.  “Once I got in the locker room guys made me feel like I was at home and it felt like I was (in Pittsburgh) my entire career.”  This weekend, the Steelers and Seahawks will once again face off in a game that could have playoff implications.

CBS and NFL analysts Pete Prisco, Pat Kirwan and Brady Quinn break down the keys for the Pittsburgh Steelers and Seattle Seahawks ahead of Sunday’s Week 12 showdown in Seattle.