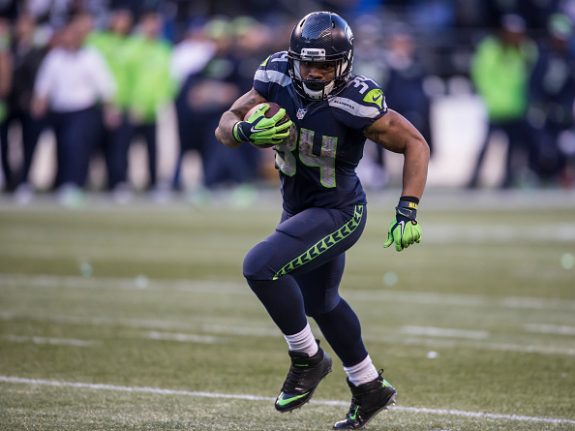 As you apply your best betting system or betting strategy this week in the NFL, you want to keep in mind that adjustments may be necessary. This has been a very strange NFL season for gamblers. The combination of parity and a rash of injuries to major players have played havoc with the even best betting strategy and betting system determined by results over the past few years. In order to consistently beat your bookmaker, you need to remain flexible in your approach.

In week 12 of the NFL schedule, there are several very interesting match ups to be considered. The most interesting match up might come on the field between the Pittsburgh Steelers’ defense and the Seattle Seahawks’ “beast mode” rushing attack. This might end up being a classic case of “the unstoppable force vs. the immovable object.” The game is particularly important to both teams that currently sit on the cusp of the playoffs within its respective conferences.

Of course, the unstoppable force would be Seattle’s vaunted rushing attack led by veteran Marshawn Lynch who is now reportedly out for the next 3 to 4 weeks and undrafted rookie Thomas Rawls. Combined, these two running backs lead the NFL in rushing with 148.6 yards per game. It is very likely Lynch will miss the game due to an injury. With that said, the Steelers are still going to have to figure out how to stop Rawls after he just rushed for 209 yards and a touchdown against the San Francisco 49ers. To add insult to injury, he also caught 3 passes for 46 yards and another touchdown as he led his team to a big victory at home.

This was the third time this season that Rawls stepped in for injured former All-Pro Lynch with a big game. In week 3, he rushed for 104 yards on only 16 carries against the Chicago Bears. He came back two weeks later and complied 169 yards and a touchdown on the ground against the Cincinnati Bengals in Cincinnati. With a total of 604 yards on only 101 carries for the season, the hard-running Rawls has proven he is more than a one-trick pony out of Central Michigan.

The immovable object is the Steelers’ rushing defense that ranks #5 in the league, allowing just 93.0 yards per game. Last week in a 30-9 victory over the Cleveland Browns at home, the Steelers managed to limit the Browns to a total of 15 yards on 14 carries. This was the kind of defensive effort that is reminiscent of Pittsburgh’s “Steel Curtain” back in the 1970s.

Linebacker Lawrence Timmons currently leads the team in tackles with 73 to go along with 2.5 sacks. It should be noted that 14 of his tackles occurred behind the line of scrimmage. Fellow linebacker Ryan Shazier has contributed 47 tackles with an astounding 32 of them coming behind the line of scrimmage. If the Steelers (6-4) have any designs on winning this game in Seattle against these Seahawks (5-5), Head Coach Tomlin knows they will need to continue getting into backfield and slowing Rawls before he gets a full head of steam into “beast mode.”

Rawls played the first three years of his college career with the Michigan Wolverines. After spending much of his time sitting on the bench, he decided to transfer to Central Michigan for his senior year. After finally getting a chance to start, he rushed for 1.103 yards and 10 touchdowns in only 7 games. The primary reason he was overlooked in the draft was because of reported disciplinary issues he had while playing at both schools. Looking past those issues, there was little doubt the young man can run the football at the highest level.