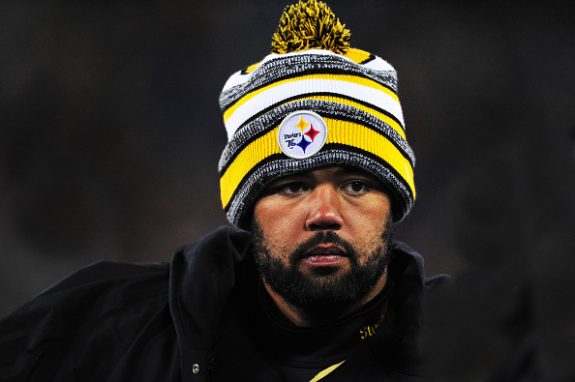 The 2015 season for Steelers tackle Mike Adams ended today, after the team did not activate him from the physically unable to perform lis by today’s 4pm deadline.

The team had to make the decision today to activate him or not, and decided that he was not healed enough from his back surgery in late July.

The former second-round will remain on the PUP list, and that wasn’t the only transaction for the Steelers today when it came to their offensive line.

Beachum is looking at a long recovery, and that makes it a tough decision if the team will try and bring him back or not next season, as he’s a free agent entering the offseason.

The club will have a decision to make with Adams as well, who just has never become that solid tackle the team was hoping for when they took him in the second-round out of Ohio State in 2012.

He was the starter entering 2013, but was awful and was part of the reason behind the club’s 0-4 start, in a season which ended 8-8 after Adams mostly saw the bench much of the season after the club made changes across the O-line.