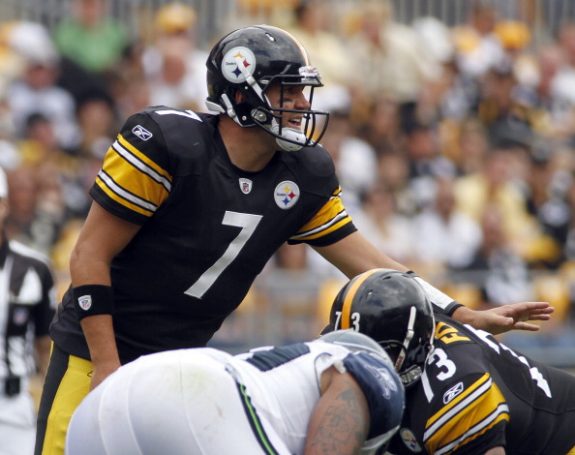 The Steelers travel West on Sunday to take on the two-time defending NFC Champion Seattle Seahawks in a stadium that normally is a place where opposing teams go to die. That’s not the case so much in 2015, as the Seahawks have had all kinds of issues, and enter week 12 sitting at 5-5, and already with two home losses (Carolina and Arizona).

That alone, along with the Steelers have a rested week off the bye gives the team hope they can make the trip and get to 7-4, which would be a monster lift with the playoffs now in sight for the Steelers in the AFC.

Today we break down the game, and give our pick if we think the Steelers can head out west and get the job done.

1. Wrap Up Rawls – New Seattle RB Thomas Rawls is a solid up and coming back in Seattle, and it wouldn’t be a shock to see the Hawks dump Marshawn Lynch after this year and give Rawls the ball full-time starting in 2016. He’s physical like Lynch, but he’s got more speed than Marshawn, which makes him dangerous. Last week he ran for 209 yards on 30 carries, giving him 604 yards on 101 carries compared to Lynch’s 417 on 111 carries. He’s putting up close to 6 yards per carry. The Steelers LB’s and D-line have to wrap up Rawls, and hold him in check to get out of Seattle with a win.

2. The O-Line Needs to Have a Day – The Steelers offensive line will be tested more than any other week in 2015, as the Hawks have a very good front seven. Ben Roethlisberger will try to play without the padded boot that kept him somewhat immobile two weeks back against the Browns in relief of Landry Jones. The Steelers have put up 528 yards per game the last two in wins over Oakland and Cleveland, but those were two teams known for allowing passing yards. The Seahawks defense will give the Steelers a test, and it’s time for the O-line to step up and play well or Ben could be on his back a lot.

3. Keep Feeding DA – While DeAngelo Williams didn’t have the game we felt he would against the Browns two weeks back, that doesn’t mean the Steelers should abandon the run game totally vs Seattle. Williams can and will still do damage, and in the last three games, the veteran has averaged 134.7 yards from scrimmage and 5.57 per rush. Seattle is a good test for the Steelers back and the run game in general, as they have limited opponents to 3.74 yards per rush. He can give the Steelers a change of pace while Ben and the pass game look to get downfield, and while a lot of the focus will be on Ben and Brown vs that secondary, Williams could have a big game against the Hawks.

Prediction – I like the Steelers off the bye as a rested team, but Seattle knows they have to keep winning to get into the playoffs, and in Seattle this is going to be a huge test for the Steelers. Russell Wilson hasn’t had a big game in awhile, and I think his legs are going to do more damage than his arm vs the Steelers. I like Seattle to come out with Rawls and Wilson running the ball a lot, and for the Steelers offense to have their share of issues with a Seattle D that while not as dominant as the last two years, is still pretty good. A long day in Seattle as the Steelers fall to 6-5. Seattle 27 Steelers 17