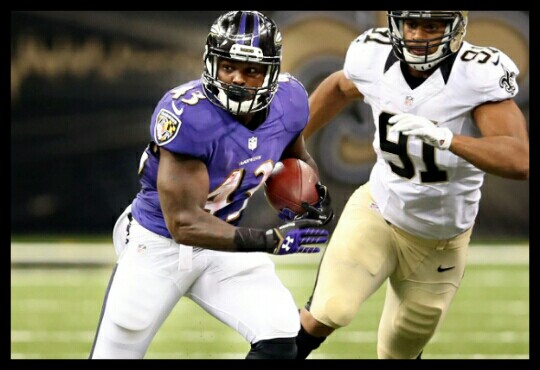 After working during the bye week with backup running backs Isaiah Pead and Jordan Todman behind DeAngelo Williams, the Pittsburgh Steelers made a strange move – they let Pead go in favor of former Michigan running back Fitzgerald Toussant.  Toussant spent time with the Baltimore Ravens in 2014.

Mike Tomlin never did seem to completely get on board with Pead entering the offensive roster.  He spoke publicly about Pead having to earn his spot and learn the offense before he’s allow him on the field.  That isn’t the strange thing.  What is strange is that, after allowing Pead to get up to speed during the bye, the team cut him in favor of Toussaint – a guy from the practice squad who has very little experience in the NFL.

Toussaint played in four games with the Ravens, recording 12 yards in six carries. During the playoff games (two), he had five yards on two touches.

I admit, I don’t know a ton about the kid, but it seems counterintuitive to give practice time to Pead only to call up Toussaint.  Pead was a bit of a bust with the St. Louis Rams and maybe Toussaint showed spark playing scout as a temporary Seahawks rusher in order to allow Pittsburgh’s first-team defense to get prepared for the game in Seattle.  Even if that was the case, it is unlikely Toussaint has learned the Steelers offense – leaving just Todman as Williams’ backup for the remainder of the regular season – unless he’s a quick study.

This seems to be an odd call.  Pead had given sound bites all week about how excited he was now that he felt comfortable in the Steelers offense.  It looks like that valuable practice time was basically flushed.