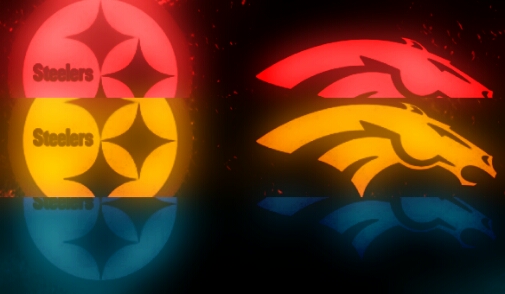 The Pittsburgh Steelers are favored to beat the Denver Broncos at Heinz Field in Week 15.  Nearly every NFL prediction machine and expert is picking the Steelers.  I don’t necessarily consider myself an expert, but here are my thoughts on why the Steelers win.

The Steelers outscore the Broncos

Everyone can point at the fantastic ranking of the Denver defense and resort to the old way of thinking: defense secures wins.  That may be the case if your offense and place kicker is putting points on the scoreboard.  Von Miller is a monster pass rusher, but unless he were to create a slew of forced fumbles, he isn’t going to keep Ben Roethlisberger from finding receivers to throw to.

The Steelers can score, period.  They’ve been putting together a stretch that rivals the best offenses in the league. Denver, not so much.  Denver has scored one touchdown in the last two weeks.

The Steelers put up 30 points against the Seattle Seahawks in a fairly close game. Seattle is the number two defense in the league.

Unless the Broncos think Colquitt can kick field goals all day from anywhere on the field; Denver can’t outscore Pittsburgh in an offensive battle.

The Steelers can sack too

Just last week, Broncos quarterback Brock Osweiler found out what it’s like to be pressured consistently.  Khalil Mack of the Oakland Raiders lowered the boom, sacking Osweiler fives times in a single game.

You can blame that on the Broncos’ quarterback or the absolute breakdown of the offensive line.  Cam Heyward will lead the Steelers charge and have plenty of help creating mayhem for the Broncos offense up front.  Rattling QBs is something Pittsburgh prides itself on.

Stopping power at home and Motivation

The Broncos are horrible in the red zone.  It’s something Gary Kubiak has lamented all season.  The Steelers have only allowed only two teams to score more than 16 points against them at Heinz Field (Ravens, Raiders) in 2015.

Pittsburgh is motivated.  They heard trash talk leading up to last week’s scrappy battle with their AFC North nemesis Cincinnati (Bengals), came out and kicked their rear ends on the road.

With the trash talk coming out of Denver earlier this week, the Steelers are playing angry. Angry enough to get on the field and dominate regardless of what the Broncos have in store for them