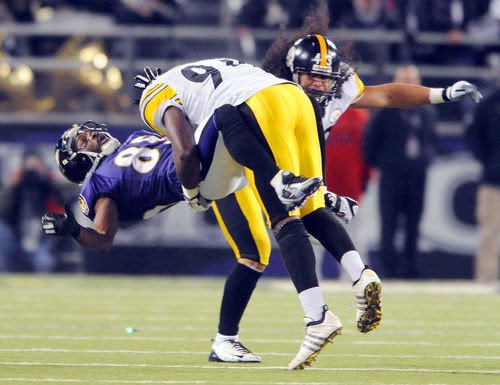 Merry Christmas Steeler Nation! Make it a great and memorable one! Today we look back to 2010, the Steelers last Super Bowl season, and one that was highlighted by a big hit and a big win over their rival AFC North team in Baltimore.

As usual, it was a hard hitting game that came down to the last few minutes, with the black and gold coming out on top to move to 9-3 on the season.

Relive that game with our official game story from that fateful night – December 6th, 2010. Enjoy!

As was expected, points were not easy to come by Sunday night, but it was the Steelers offense that finally found some rhythm in the second half, scoring 13 points as they got them when it counted, holding the Ravens to 3 points in the final 30 minutes.

Read the Rest of the Story HERE!