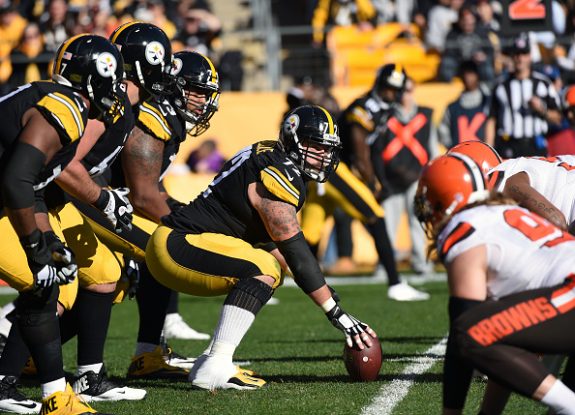 It’s unreal that here less than 24 hours than kickoff tomorrow it may be the final time for the 2015 season that the Steelers take the field, and more so they only have themselves to blame for it.

I couldn’t agree more with Joe Starkey’s fantastic piece in the Tribune-Review the other day that the Steelers ‘we’re better than everyone mentality’ is the biggest reason for their undoing this season.

Their arrogance has gotten them to this point, and Sunday now they must humble themselves and not only beat a very bad Browns team, but also have loudmouth coach Rex Ryan and the Bills beat the Jets in Buffalo, which isn’t impossible, but clearly the Jets are on the upswing while the Bills haven’t played all that well the past month.

Today we focus on the Steelers, previewing the finale against the Browns, and finally if we think the Steelers will be playing a wild card game in either Cincy, Denver or even Kansas City next week.

1. Open it Up Early – Last week the Steelers marched down the field on the legs of DeAngelo Williams, only to skip a likely sure three to go for it on 4th-and-1 and fail. The misfire on fourth that early seemed to put away a sense of urgency against a team who normally the Steelers struggle scoring points against in their history. The lazy approach to throwing the ball and getting points right away can’t be repeated on Sunday, as if the Steelers play with fire against the Browns on the road, they could find themselves in a slugfest against a team that has nothing to lose. If their passing game is as good as they always say it is – air it out early and often against a bad Browns secondary.

2. Tackle – Seems like a pretty simple concept, but one that seems to come up time after time. The tackling of this Steelers team all season long has just been terrible. They have given up big plays to no-name wide outs, running backs, tight ends and fullbacks all season, and that’s what the Browns are going to run out on Sunday. The likes of Isaiah Crowell, Taylor Gabriel and others of the Browns will look to put the Steelers season away Sunday. Bad tackling again by the Steelers could help that if they don’t do what they are supposed to do.

3. Get Back to Pressuring the QB – Austin Davis will be the man under center for the Browns on Sunday. The Steelers can do themselves a big favor by getting back to putting pressure on the QB, something they haven’t done all that much on the last two weeks. Consider that the Steelers have 41 sacks, yet just three the past two weeks against Denver and Baltimore. Davis isn’t going to get it done with his legs like Johnny Manziel may have, so if the Steelers can get a push up the middle, they should be able to get to Davis and if they don’t sack him, they should force him into bad throws.

Prediction – As bad as last week’s loss to the Ravens was, this week should clearly be a different story. The Browns have been a mess all season, and Sunday it won’t change. The Steelers have dominated this rivalry since Bill Cowher came aboard since 1992, and while there’s been a few missteps along the way, this Steelers team is simply too good to lay two major eggs in a row. Look for a win for the black and gold to get to 10 wins this season. Steelers 27 Browns 10

Will There Be a Wild Card Game for the Steelers?

No. The Jets know what stands in front of them and the postseason, meaning they need to beat their old head coach in Rex Ryan to get to the playoffs as the AFC 6th seed. Buffalo did beat the Jets earlier in the year, but I don’t see them doing it twice in a row. The Jets have enough against a banged up secondary of the Bills in Buffalo to win a tough game, ending the hopes of the postseason of the Steelers and leaving everyone with a ‘what if’ feeling for this wasted season for the black and gold.