Tomlin: Williams on the ‘Outside Looking In’ to Play vs Denver Sunday 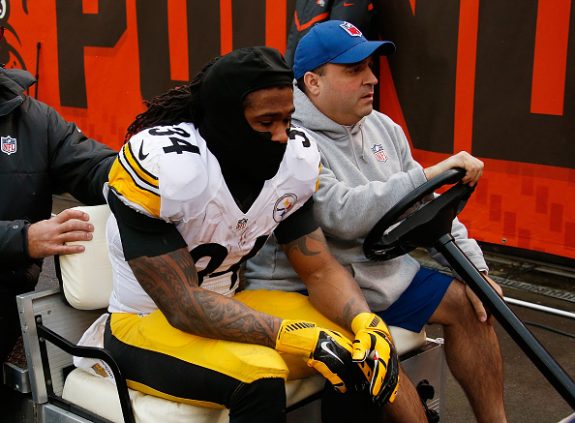 While many are focused on the conditions of QB Ben Roethlisberger and WR Antonio Brown, there’s also the status of running back DeAngelo Williams and his availability for Sunday in Denver.

According to Aditi Kinkhabwala of ESPN, it seems like a longshot that Williams is going to get the chance to play Sunday:

Tomlin says "DeAngelo still on the outside looking in. I'll leave the door ajar for him." Says as savvy vet, doesn't need practice to play.

Last week two of the Steelers backup running backs – Jordan Todman and Fitzgerald Toussaint, led the team and were able to keep the run game going, grinding out 123 combined yards, which may make the decision to sit Williams easier.

Let’s keep track of the ongoing practice report, but it looks like it will again be the combo of Todman and Toussaint.

Should the Steelers Go All In on Landry Jones and Sit Ben Roethlisberger Sunday?
Roethlisberger Taking Shoulder Injury Hour by Hour