Antonio Brown Ruled Out for Sunday’s Showdown with Denver 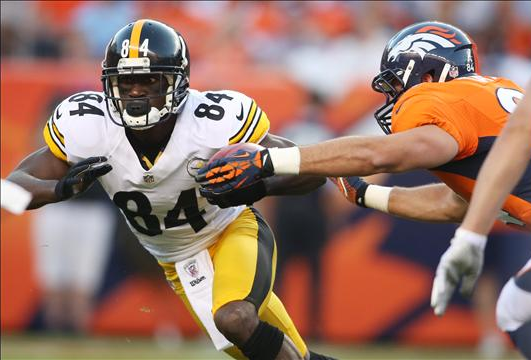 Steelers leading wide out Antonio Brown won’t be in uniform Sunday against Denver, as he’s been officially ruled out with the concussion he suffered late in the win over Cincinnati.

Jones said on “Inside the NFL” that he felt Brown was faking the injury, and that he would apologize if Brown didn’t play.

With Brown out, the focus of the Steelers passing game will be on Markus Wheaton, Martavis Bryant and tight end Heath Miller.

Three Thoughts on What the Steelers Need to Do To Beat Denver Sunday
Roethlisberger Questionable, Williams Out for Playoff Game in Denver